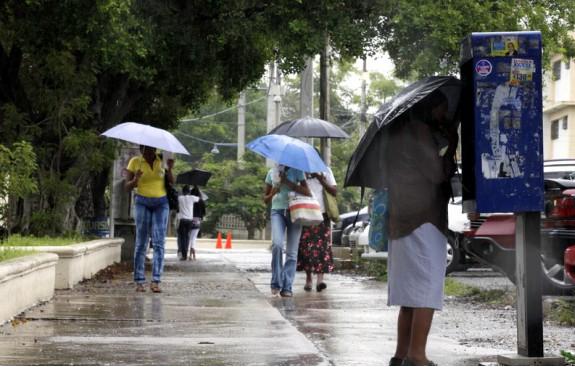 SANTO DOMINGO.- A weak low-level moisture band will be contributing some cloudy increases giving rise to the occurrence of some showers in the center, southeast, and southwest of the national territory, the National Meteorological Office (ONAMET) reported on Friday.

Forecasts specified that the rest of the country will experience low cloudiness and little rainfall due to anticyclonic circulation in the middle levels of the troposphere, which will be limiting the activity of significant rains over the Dominican Republic during the weekend.

“This favors many hours of sun, almost clear skies and only isolated showers can be generated due to the wind mainly over the regions: northeast, southeast, and the Central Cordillera,” Onamet points out in its report.

The forecast for tomorrow, Saturday, calls for continued light rainfall due to the incidence of anticyclonic circulation at all levels of the troposphere, without ruling out that some showers could occur sporadically, especially towards the Central Cordillera, the northeast and southeast of the country.

Temperatures are expected to remain hot during the day, especially in urban areas due to the incidence of east/southeast wind. For night and early morning in mountain and valley areas, temps will become slightly cool.

According to the Meteorology report, in the National District and the Santo Domingo province, there will be isolated to partly cloudy clouds.