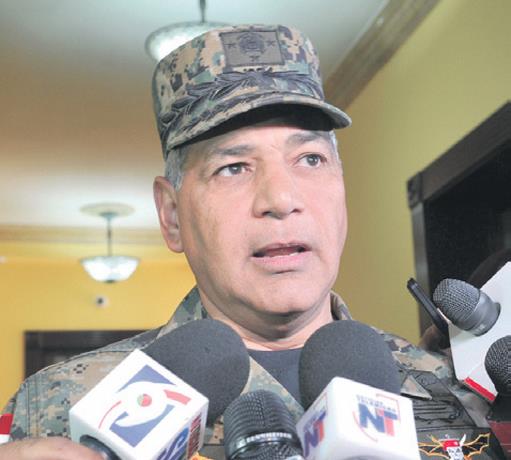 The Defense Minister, Lieutenant General Rubén Dario Paulino Sem, and the Commander General of the Dominican Army, Major General Estanislao Gonell Regalado ordered that 1,200 soldiers join the border surveillance to control the passage of Haitians to the Dominican national territory, due to the increase in cases of the new coronavirus in the neighboring country.

The measure, which will be executed through the Joint Task Force, Fence and Border Patrol, along with the other military forces, includes the dispatch of aircraft and vehicles to join the operations carried out by the usual units in the area.

The measure is due to the recent increase in COVID-19 cases in Haiti and the possible attempt to re-enter the territory of Haitians who left the country voluntarily because of the virus, who, due to the reactivation of the nation’s productive sector, could try return back to the DR.

The Ministry of Defense explained that with this increase in troops, the military high command guarantees the closure and surveillance of 391 linear kilometers of land border, arranged by President Danilo Medina.