Almost 693,000 people completed anti-illiteracy program in the past 7 years in the Dominican Republic 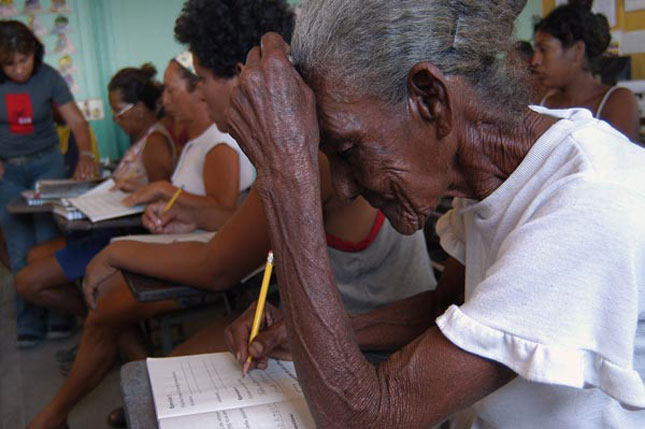 Illiteracy rates are higher in rural areas and among the population over 55 years of age, according to data from EnHogar 2018

Santo Domingo, Dominican Republic.- A total of 692,755 people aged 15 and over have learned to read in the last seven years thanks to the anti-illiteracy program promoted by the Dominican Government, as reported by the Ministry of Education on Friday.

Thanks to this plan, a sharp decrease has been achieved in the illiteracy rate, which has fallen from 14% of the population in 2012 to 5.5%, according to data from the National Survey of Multi-Purpose Homes (EnHogar 2019) of the Office National Statistics Office (ONE) disclosed by the Ministry.

Illiteracy rates are higher in rural areas and among the population over 55 years of age, according to data from EnHogar 2018.

70% of graduates of the literacy plan have expressed their interest in continuing to learn, according to studies cited by the Ministry.