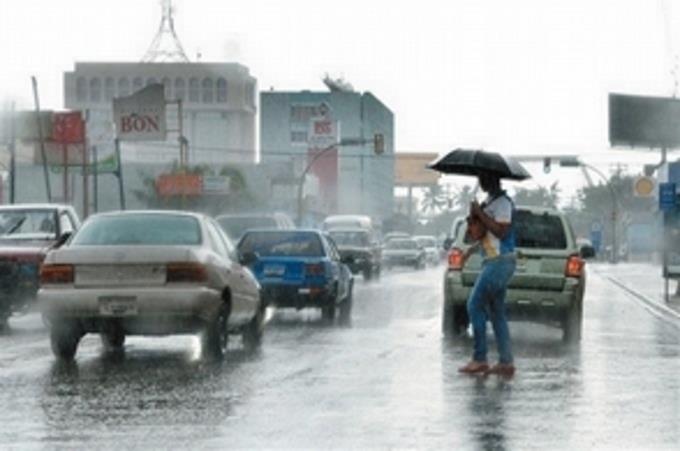 The National Meteorological Office (ONAMET) reports that this afternoon there will be downpours until late at night due to the approach of both a new tropical wave located east of Puerto Rico, as well as a moisture trough at various levels of the troposphere.

Local downpours with thunderstorms and isolated gusts of wind will occur over some provinces of the regions: northeast, east, southeast, the Cordillera Central, and the border area, especially in the afternoon until early at night; in the other regions a scenario of few rain showers will predominate.

On Saturday and Sunday, the aforementioned phenomena will be providing enough humidity and instability for downpours that can become locally moderate, electrical storms and gusts of wind sometimes over the regions: northeast, east, southeast, the Cordillera Central and the border area.

Onamet, due to the high temperatures, maintains the recommendation to drink adequate liquids, wear light clothes, preferably in light colors, and avoid exposure to solar radiation between 11 in the morning and 4 in the afternoon.

In the National District and the province of Santo Domingo, there will be scattered clouds, partly cloudy in the afternoon with showers and thunderstorms. The maximum temperature between 33ºC and 35ºC (91-95°F) and minimum between 23ºC and 25ºC (73-77°F).