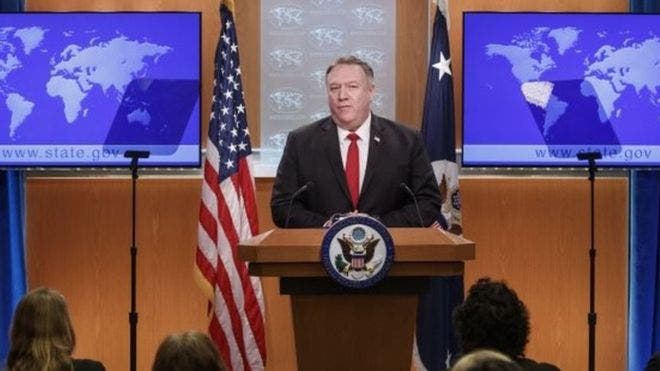 US Secretary of State Mike Pompeo

SANTO DOMINGO. The Secretary of State of the United States, Mike Pompeo, will lead the delegation of his country to attend the swearing-in of the new Dominican President Luis Abinader and Vice President Raquel Peña.

The minister of foreign affairs of Spain, Maria Aranzazu González Laya and the general director for Latin America and the Caribbean, Rafael Garranzo García, will also attend, representing his country.

The information was shared on his social networks by the announced Minister of Foreign Affairs, Roberto Álvarez, who represents the president-elect in the preparation of the swearing-in and inauguration acts together with the current authorities.

Pompeo will come to the country accompanied by the head of the Western Hemisphere of the State Department, Michael Kozak. The delegation will be integrated by the United States ambassador in the Dominican Republic, Robin Bernstein.

Although for security reasons, the exact moment of Pompeo’s arrival in the Dominican Republic has not yet been reported; it is expected that he will do so in time to meet previously with current President Danilo Medina and with President-elect Luis Abinader.

Pompeo played an important role last year. After a call from him to President Medina, the preparations were stopped in the National Congress to introduce a constitutional reform that would allow the current president to try a third term.

Pompeo’s is one of the highest-level visits to be recorded in the Dominican Republic for the swearing-in of a president.