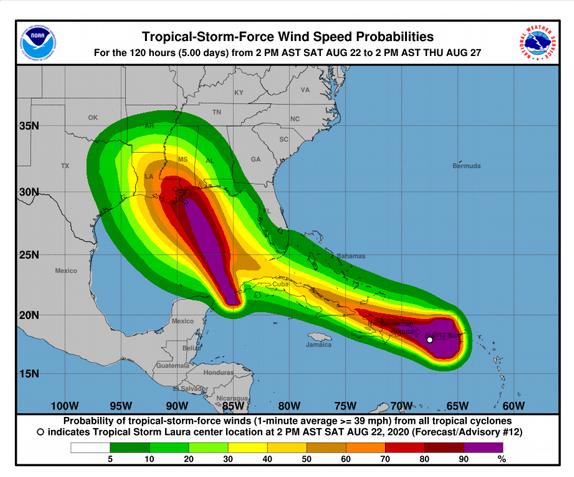 The entry and exit of ships in the country’s main ports were suspended by the executive director of the Dominican Port Authority, Jean Luis Rodríguez, due to the passage of storm Laura through the national territory.

Rodríguez reported that the ports subject to these measures are: Rio Haina, Santo Domingo, DPW Caucedo, Boca Chica, San Pedro de Macoris, La Cana, La Romana, Azua, Barahona, Cabo Rojo, among others; which close their operations to the ships while they will maintain their yard operations and offices until conditions allow it, and they will notify their users indistinctly, as is the case of Puerto Río Haina, CAUCEDO and others.

“We have taken the necessary security measures to safeguard the lives of our collaborators, which is the most important thing because, without them, we would not be able to carry out our day-to-day work at the Port,” said the official.

Jean Luis Rodríguez stated that the entity’s Emergency Commission is in permanent session and activated their protection plans in each port terminal to protect the lives of workers and avoid damage to ships and facilities.

The incumbent took the opportunity to call on the population to be attentive to relief institutions’ bulletins, especially the COE.