Iris Guaba clarifies “they did not take the hard drives” from the Dominican Presidency’s Social Plan; says information is in the cloud 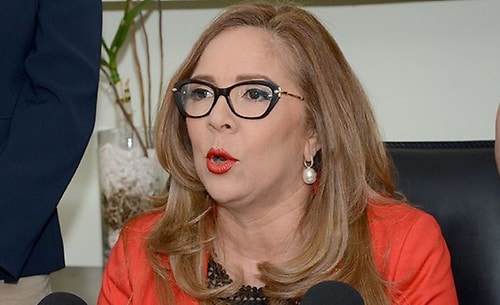 Santo Domingo. The former director of the Presidency’s Social Assistance Plan, Iris Guaba, assured this Friday morning that “they did not take the hard drives” of the institution, clarifying that their information is protected in a server center with a cloud.

Guaba, when interviewed in El Despertador de Noticias SIN, said that the other information of the Social Plan is available on the entity’s website and in all the institutions that make up the management monitoring, in terms of budget, human resources and purchases and public contracts.

President Luis Abinader revealed this Thursday that there is no information on inventory, debts, payments, and purchases in the Social Plan of the Presidency, because “they took all the hard drives of the computers” and left them empty so that there is an ongoing investigation.

The former official said that President Abinader has the right to carry out an investigation because the Social Plan “does not deal with political issues, only work. What happens is that in processes like these, statements are made,” adding that they had been asked not to speak during the first 100 days of the new administration, but this time she needed to come to her defense because the Social Plan is not hers but from the Dominican Republic.

Guaba said that modern management is handled in a very different way than before, where people had valuable information on a hard drive or on a computer.

The former director of the Social Assistance Plan of the Presidency, Iris Guaba, assured this Friday morning that “they did not take the hard drives” of the institution, clarifying that their information is protected in a server center of a cloud.

She stressed that despite the fact that two employees had information on the computers they handled in the Social Plan, the entity does not allow political propaganda so that their help reaches all houses without distinction of “political factions.”

Guaba reported that its management left food rations valued at some RD $ 150 million in the stores.

“We are preparing to leave the entity prepared for the hurricane season process and we leave it with 400,000 ready rations,” she said.

She regretted that out of 2.3 million pounds of rice, 400 bags were damaged, but these were separate from those in good condition.

“We had already told the supplier to return, but our rice and beans are not processed and are vulnerable to temperature and humidity,” the former director said.