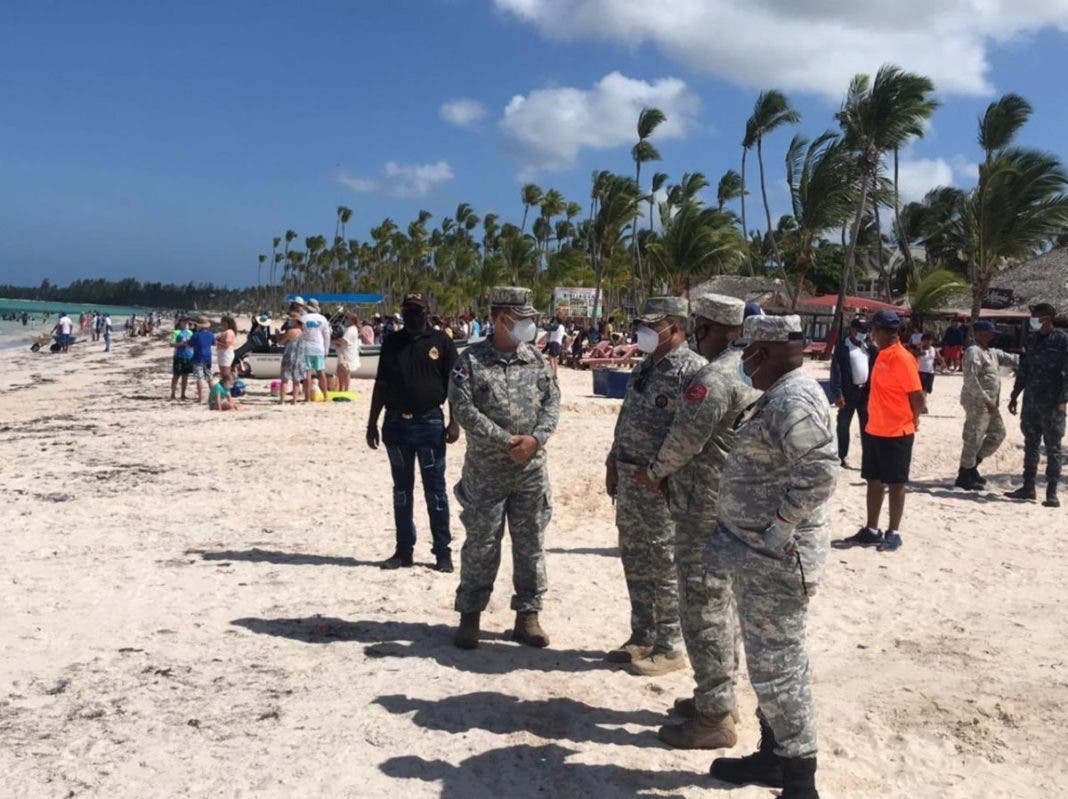 All the naval units of the Dominican Navy have been deployed on all national coasts within the operation “Commitment for Life,” Holy Week 2021, in compliance with Presidential Decree l71-21, to protect lives and property.

The general commander of the Navy, Vice Admiral Ramón Gustavo Betances Hernández, also ordered a complete and comprehensive deployment of dozens of ground units, which patrol the highway, highways, and the various tourist areas and beaches to attend to any emergency.

In each of the country’s regions, Betances Hernández appointed a general commander, with the responsibility of each of them to maintain strict control of all maritime and land patrols, units, and soldiers deployed in the areas.

Rear Admiral Henry Guzmán Taveras, deputy commander of the Dominican Navy, is in charge of controlling the entire northern area’s work, the institution’s inspector general, and Rear Admiral Segundo Ventura García, is responsible for the whole of the southern region of ​​the country.

Rear Admiral Muñoz Mention also has under his control the Central Naval Command, which contemplates the busy Boca Chica beach and others in the eastern zone. Each of the commanders has all the necessary logistical support.

The general commander of the Navy, Vice Admiral Betances Hernández, who travels the different areas supervising each of the places, said that the deployment of the institution’s troops would continue until Easter is over.

He said that as part of the maritime and land protection efforts, in Puerto Plata, four Canadian citizens were rescued, whose boat they passed through Plata Dorara became adrift.

The same happened in the area of ​​Bahía de Las Águilas, Pedernales, where naval units were able to successfully rescue a group of twelve people who were also adrift due to mechanical failure, the pleasure boat in which they were on the high seas.