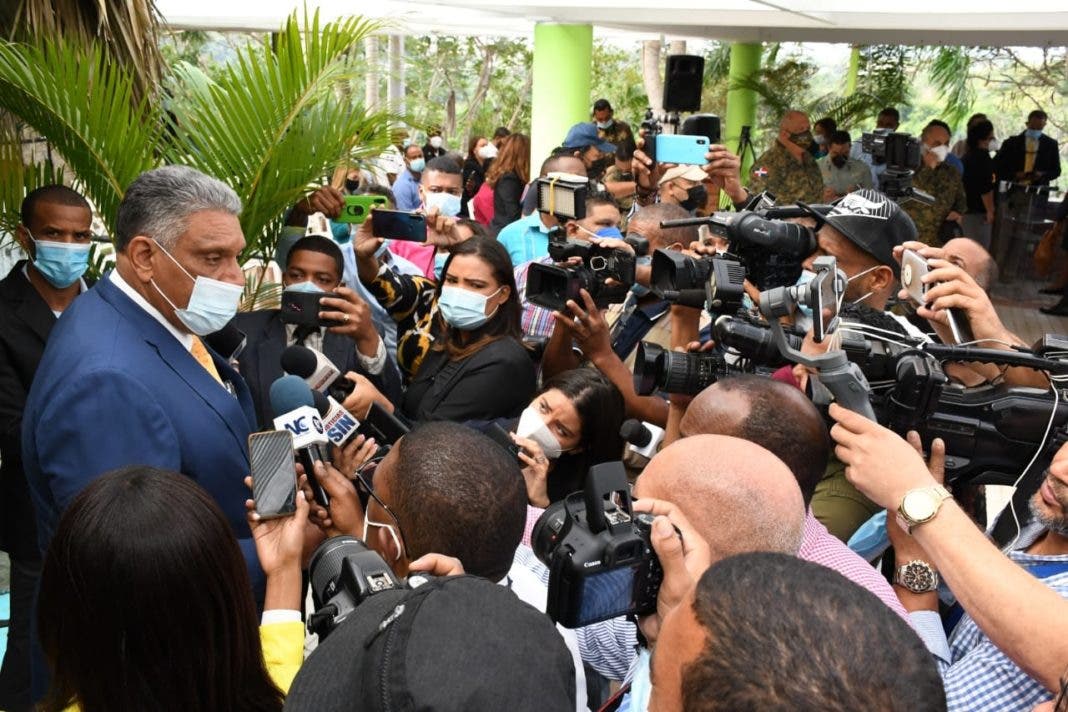 The director of the National Police, Major General Edward Sanchez, went this morning to the municipality of Nagua to supervise the implementation of the operation “Commitment for Life, Holy Week 2021.”

When questioned by journalists about the case of the married couple shot last Tuesday in Villa Altagracia, Edward Sanchez said that what happened to the evangelical couple should never have occurred and that the transformation of the National Police is irreversible since it is the main priority and will of President Abinader.

The police director informed that the visit was part of the tour of the country’s main tourist centers after the Easter holiday.

Sanchez said that so far, the population has shown exemplary behavior in compliance with the protocols.

He indicated that the behavior of the drivers on the roads has been different and prudent compared to previous times, and he also understands that the people have been more cooperative in terms of the behavior of the citizens and that all the security agencies, together with the relief agencies are working to ensure that everything goes smoothly.