The dangerous Delta variant of Covid is here 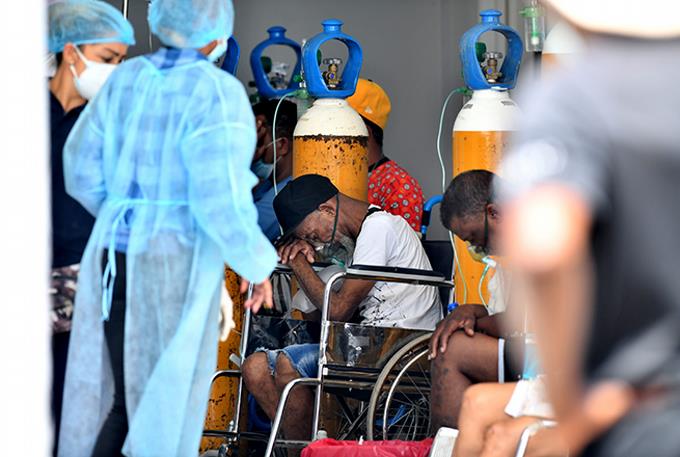 Delta accounts for 80% of the infections in the US.

When the World Health Organization (WHO) warns that the highly contagious Delta variant of Covid-19 could become dominant in the coming months, epidemiological sources confirmed that it is circulating in the Dominican Republic, detected in samples taken last June.

Delta was first identified in India and, as of yesterday, had been detected in 124 territories. In addition, the new variant was reportedly detected in the latest samples sent by Dominican health authorities to foreign laboratories, including the CDC in Atlanta and Brazil.

Delta joins other variants of the Covid-19 virus previously detected in the country, including Gamma, detected for the first time in Brazil, and Alpha from the United Kingdom. However, the Brazilian variant is currently the predominant one in the country.

The Ministry of Public Health called for a press conference to be held today, to be headed by Minister Daniel Rivera, together with the presidents of the Specialized Medical Societies, to announce the results of the samples taken from the different variants of Covid-19 detected in the country.

The institution had sent 80 samples to the CDC in Atlanta to confirm or rule out the circulation of new variants in the country. Details will be provided today during a press conference called for 10:00 a.m. at the Ministry of Health headquarters.

Yesterday, according to international press reports, the WHO warned that the highly contagious Delta variant of Covid-19 should become dominant in the coming months.

Other circulating strains
Last March, Dominican health authorities reported that five variants of the Covid-19 virus, originating in different countries, had already been identified circulating in three provinces and the National District of the country, as part of the sentinel surveillance carried out by the Ministry of Public Health.

The provinces where they had been identified were Greater Santo Domingo, especially in Santo Domingo East and the National District, La Altagracia, East of the country, and Espaillat, in the Northern region. At the same time, the variants correspond to countries such as Belgium, the United Kingdom, the Netherlands, and two from the United States, but does not include the one recently identified in Washington Heights, New York, where a large community of Dominicans lives.

Subsequently, epidemiology authorities reported the detection of other variants and detailed that the sequenced samples analyzed in laboratories in Brazil and the CDC in the United States were taken between March 1st and 27th of this year. On that occasion, 54 sequenced samples were sent, of which 29 variants were identified and 24 variants were isolated, of which two were of Public Health or epidemiological interest, and three variants of concern, such as P.1 (from Brazil) in the provinces of Dajabón and Hermanas Mirabal, and B.1.1.7 (British) in San Cristóbal.

One death and 316 cases
Epidemiological bulletin number 489 issued yesterday by the Ministry of Public Health indicates that in the last 24 hours, 316 new positive cases of the Covid-19 virus were registered in the system, and one recent death was reported, bringing to 3,929 the number of deaths due to Covid-19.

Hospital bed occupancy for Covid-19 yesterday was 27 percent of the available beds, while 246 patients were admitted to the Intensive Care Unit (ICU) for an occupancy of 39 percent and 31 percent of ventilators. As of yesterday, the system reported 51,521 people with active viruses, meaning that they were positive, out of a total of 338,291 cases registered since the beginning of the pandemic.

Lethality
The country maintains a Covid case fatality rate of 1.16% and mortality per million population at 376.03.