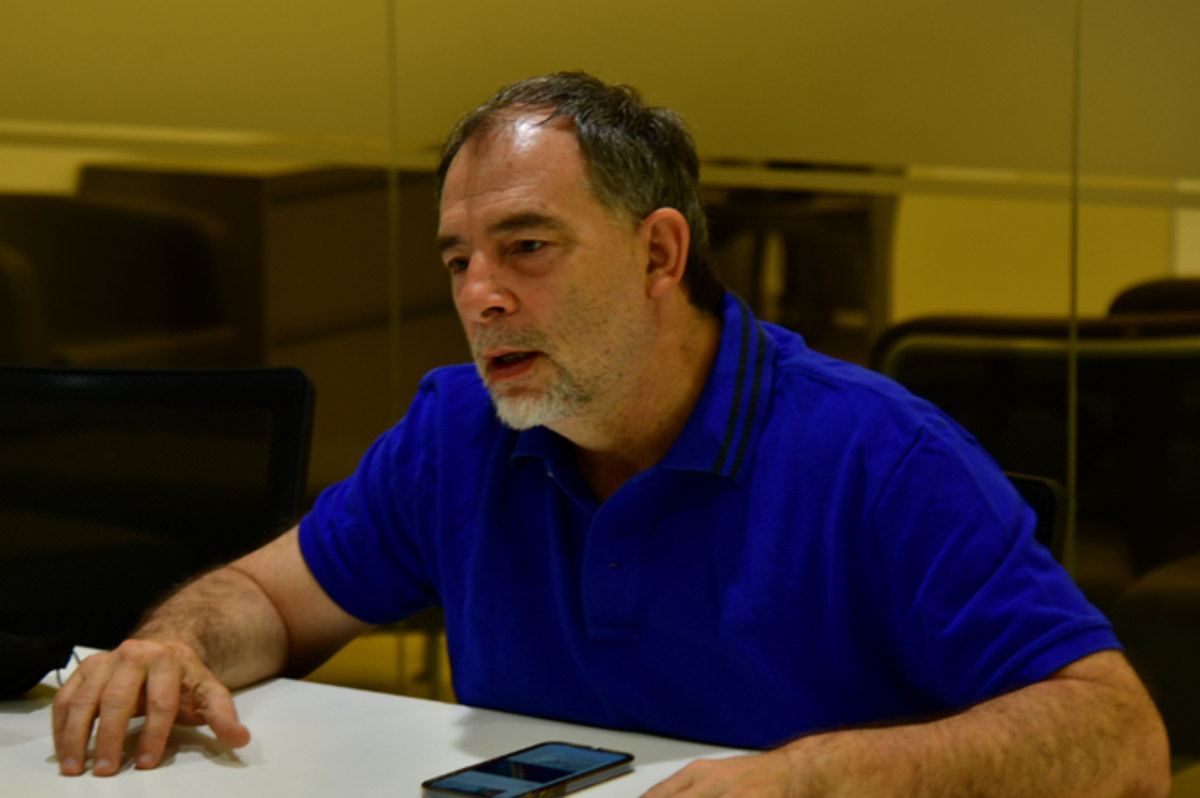 The senator when visiting the editorial office of the Listin. Photo by Leonel Matos / LD

The Chilean Senator and doctor, Guido Girardi is in the Dominican Republic to present the “Law on Nutrition Labeling and its Advertising” at the Food and Agriculture Organization of the United Nations ( FAO ).

“There are many people dying from obesity or triggering other diseases such as cancer, heart attacks, strikes, among others,” Girardi advances in an interview with Listin.

The legislator recounted how in the beginning of the project in his country he encountered adversaries but points out that after it was launched, they all joined together until they were satisfied with the results.

The Senator mentions the multinationals Coca-Cola and Nestlé as two of those who were reluctant to implement the idea with their products. However, after a certain time, they were the greatest allies of the cause.

“My country leads the consumption of sugar-free/no-sugar-added beverages in Latin America, and that is thanks to this regulatory law,” says Girardi proudly.

The legislator was awarded the Jacques Diouf Prize by FAO in 2019, for his initiatives and collaboration with the organization. This distinction is awarded every two years to individuals or institutions that have made a significant contribution to world food security.

On this he expressed his gratitude for this event and said that “for me the only valid ideology is environmentalism.”

The Nutrition Labeling Law and its Advertising is based on creating healthier labels to improve eating habits, making companies restructure their formulas and be more real with their consumers. This law has been approved in Chile showing very gratifying results for the local population, with 30% reformulated products.

This forum was attended by Vice President Raquel Peña; Eduardo Estrella, president of the Senate; the Minister of Public Health, Daniel Rivera, and Rodrigo Castañeda, FAO representative in the country.

Girardi asks “that the future is not the garbage dump of the present,” during his interview with Listin.

In Chile, the Senator and physician are working on a compendium of laws to regulate social networks, since he understands that the internet causes serious impacts on the brains of its users. For this, he has the support of  Rafael Yuste,  who is part of the “Brain Project.”

“People spend more than 6 hours a day glued to their cell phones, receiving all kinds of information, in the virtual world a second in the computer age there are millions of processes that can change the world, time is lengthened and eliminated space and simultaneously,” added Girardi.

He stressed that in the future being able to read the brain will be something possible and that people’s safety must be safeguarded.

“People accept that platforms such as G-mail and others accept to read their messages, filter them and sell their data for advertising and that is not fair for users,” says the Chilean Senator.

He made it clear that the laws of the physical world must reach the virtual world so that no one takes advantage of those who do not dominate the use of technology one hundred percent.

There should be some guidance of healthy inexpensive foods tailored for the poor population of the country. Many poor are obese because the inexpensive foods they choose to consume are unhealthy for them. Eating healthily can be more expensive.

The government should have a educational program via radio and television, one minute advertising spots to advise populations what is the best inexpensive healthy food buy for the week. Major food retailers should get on board to help rid obesity by posting education signs and/or having sails of cheap healthy food.

Again Paul (clearing you are living here as a ExPat) f..cking write a book and do not impose your Foreigner thoughts…after all no matter how much you stay here…you are a Foreigner MATE

I think is also a lack of exercise, half of the country drinks beer almost every day , and there is no education, they just don’t know they are slowly killing them selfs, is the government gonna educate eny one in our country good luck 👍, this is how the whole country has been stolen right infront of us , the poor will keep dying even faster now , my great grandmother is 101 , and from father side she died in the 100s the poor now die in their 50s 60s because of a lack of services smh

thanks for your post… Run for President or write a book

Chilean Senator and doctor – what a joke

Chile go back to Chile I agree 🤷🏻‍♂️

This is a great campaign. The next step is an updated education curriculum that includes proper dietary foods, and Environmental Awareness concepts such as the 3 R’s Reuse, Reduce Recycle.