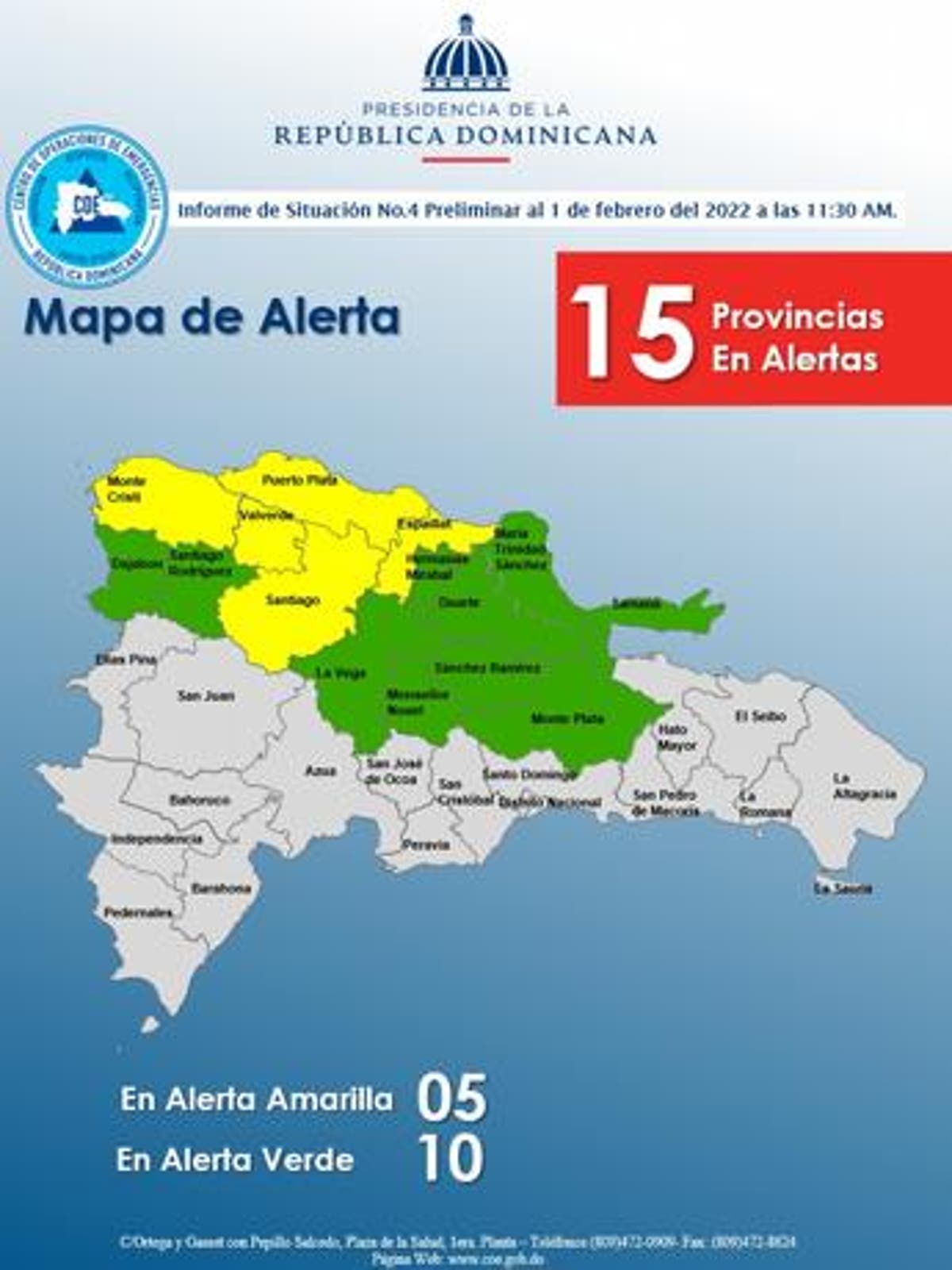 Onamet
The National Meteorological Office (Onamet) forecasts are scattered to partly cloudy at times with local downpours and possible thundershowers over the north, northeast, southeast, and Central Cordillera regions.

Due to the rains that have occurred and are forecast for the next 24 to 48 hours, Onamet keeps the provinces of Monte Cristi, Puerto Plata, Espaillat, Santo Domingo, and Valverde under a weather warning.

During the morning hours, we will be witnessing a panorama of little rainfall over most of the national geography; however, during the afternoon, there will again be cloud concentrations that will cause local downpours with possible thunderstorms and occasional gusts of wind, especially over the north, northeast, southeast and the Central Mountain Range.

On Thursday, the trough associated with low pressure will be closer to our forecast area to have a direct impact together with the local effects, both increasing humidity to produce clouds with moderate showers with thunderstorms and occasional wind gusts in the afternoon over the north, northeast, southeast and the Central Cordillera.