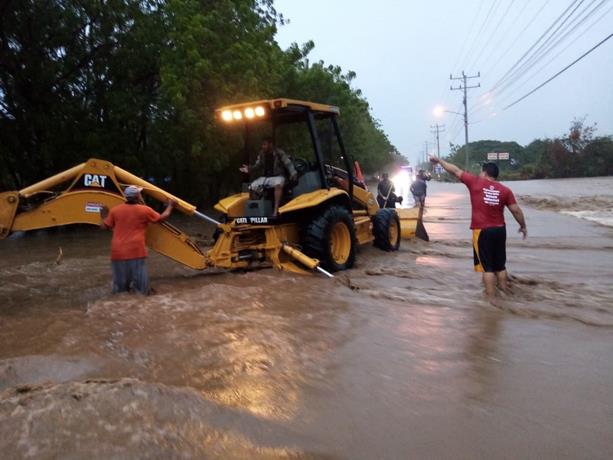 The Ministry of Public Health issued an epidemiological alert for floods due to the risk of increased morbidity and mortality in the populations affected by floods in the Cordillera Central and the Northwest Line.

This alert, issued through the General Directorate of Epidemiology, seeks to ensure the care of the affected population at the local level and the displaced population in the homes of family and friends; strengthen the surveillance system for notifiable diseases (ENO) related to these events and establish response and control measures in the event of disease outbreaks.

In the last week, events have been occurring related to the effects of an active frontal system, located in the northwest of the island, generating downpours, mainly over provinces on the Atlantic coast, the Central Cordillera, and the border area, which have caused flooding and damage to different provinces.

Among these damages are landslides, floods that have caused detriment to people’s health, interruptions to highways, affectation of the media, among others.

The most affected families are in Villa Vásquez, Monte Cristi province, Puerto Plata, Valverde, and others.

Exposure to contaminated floodwater can cause wounds, skin infections, and leptospirosis during the rainy season.

Others, such as gastrointestinal diseases, can appear due to the consumption of contaminated water due to breakdowns caused in the mains water pipes during the passage of atmospheric phenomena.

Diseases transmitted by mosquito bites such as dengue are also increasing due to the proliferation of these insects due to the increase in breeding sites resulting from stagnant clean rainwater and the need for families to have stored water.

Other events that increase in the rainy and hurricane season are traumas, injuries, and tetanus. Added to these are the outbreaks that can occur in shelters (acute respiratory infection, conjunctivitis, COVID-19, diarrhea, etc.).

There may be worsening chronic diseases such as hypertension and diabetes and affect mental health, especially if the displacement period is prolonged.

The Ministry of Public Health instructs the population to take the following measures:

Avoid swimming and walking in water that may be contaminated. In addition, avoid contact with water, mud, and vegetation that are likely contaminated with urine, especially when the person has abrasions or wounds.

Also, use adequate protection when exposure is necessary (plastic boots, gloves). Finally, avoid the accumulation of garbage, clothes, and old papers in the house and surroundings.

Likewise, eliminate the presence of rats and mice in homes and common or recreational areas; Wash canned containers, juices, soft drinks, and other packaging before consuming them, among other hygiene measures at work and at home.