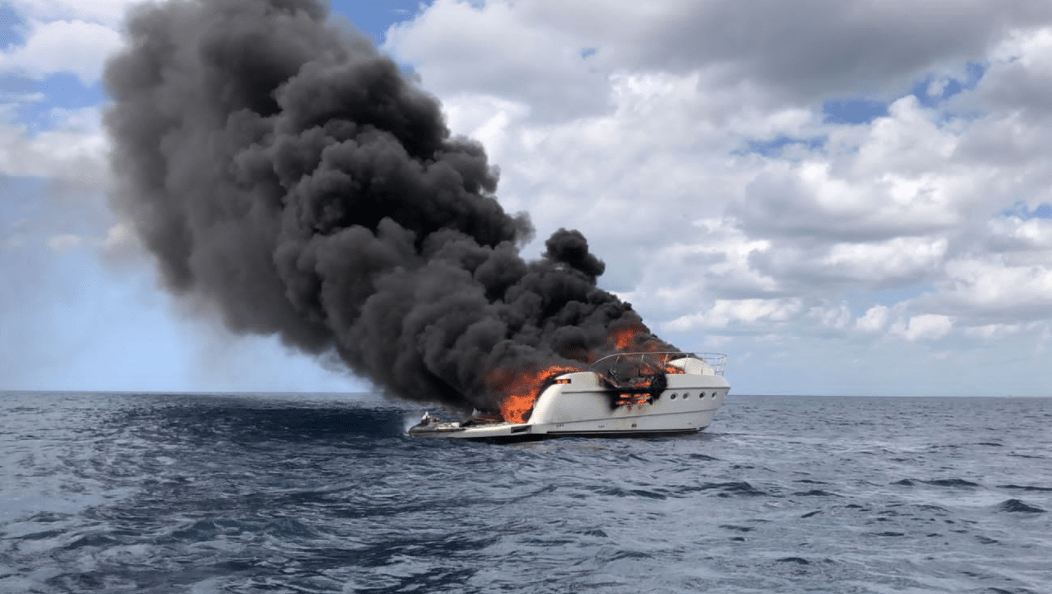 This Friday, a yacht caught fire off the coasts between Boca Chavon and Bayahibe, where 12 occupants were rescued.

According to press reports, the rescue was accomplished jointly with the Dominican Foundation of Marine Studies and the Dominican Navy. Unfortunately, the ship caught fire two nautical miles from the waters of the Chavon River.

“It is a recreational vessel named Open Bar 2, Panamanian flag, with a provisional navigation permit in the country. The two crew members and the ten passengers were successfully assisted and rescued by vessels that were navigating in the area, in coordination with the Navy,” states a report.

The yacht is in the area to determine the possible causes that provoked the fire with inspectors of the Port Authority.

Yesterday, the authorities investigated a vehicle found on the shores of the Caribbean Sea in Juan Dolio on Thursday morning, without occupants.

The National Police said that the uniformed police assumed the investigation to establish the circumstances in which the red and black jeep ended up in that place.