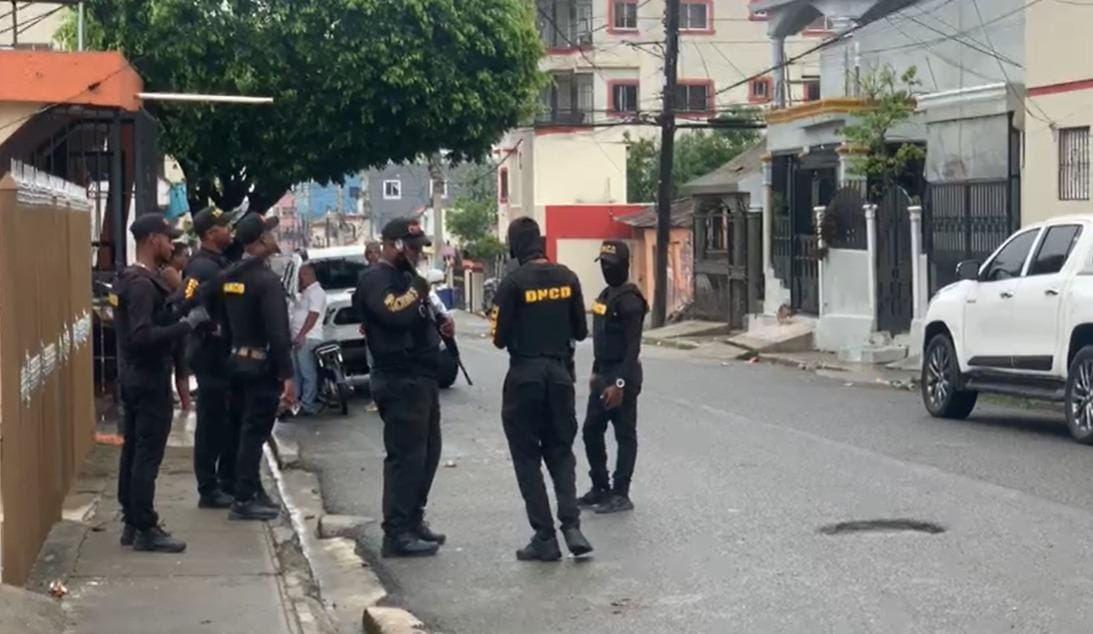 Santo Domingo.- Agents from the National Drug Control Directorate (DNCD) carried out operations on Imbert Street, near the corner of Cristino Zeno 121, in Residencial M & D as a continuation of the FM case.

The case began with the arrest of several defendants in an operation carried out on March 10, under the General Directorate of Persecution and the Specialized Anti-Money Laundering and Terrorist Financing Prosecutor’s Office, as part of the fight carried out by the Attorney General’s Office of the Republic against organized crime.

The operation included raids in Santiago, Santo Domingo and Punta Cana, in which the acting prosecutors seized more than one million dollars and 760 thousand pesos, as well as 13 vehicles, including one Ferrari and two Porsches.

Some 15 prosecutors and 145 members of the National Drug Control Directorate (DNCD) and other state security agencies were in charge of the operation, which had international cooperation.