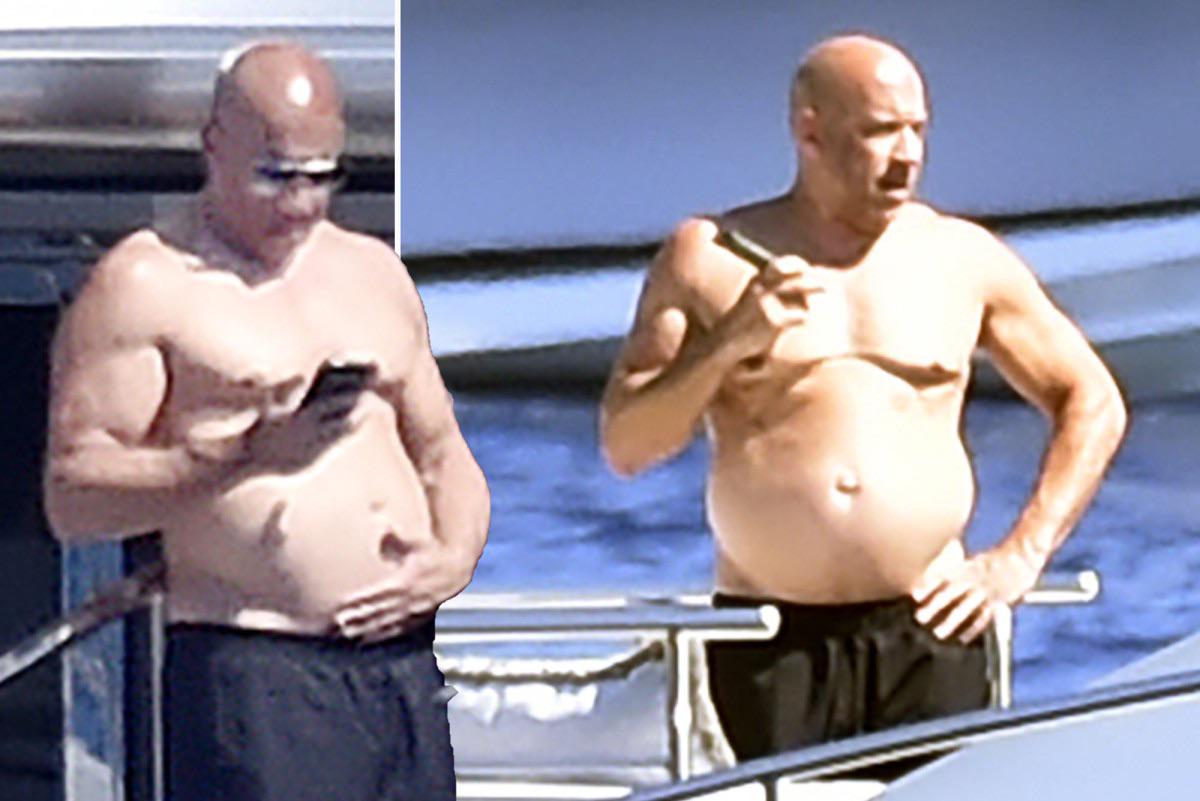 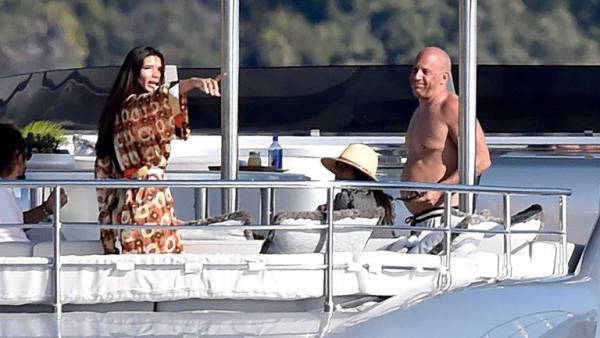 The 54-year-old actor was photographed shirtless and with a “beer belly.”

Vin Diesel is one of those actors who, when they are not filming, forget about the gym and enjoy themselves to the fullest regardless of their physique.

The actor showed off his “figure” while vacationing on a boat with his girlfriend and mother of his children, Paloma Jimenez. Last Saturday in Portofino, Italy. He was accompanied by Dominican-born actress Zoé Saldaña and her husband, Italian Marco Prego.

The 54-year-old actor was photographed shirtless and with a beer belly. Diesel has previously said in an interview that when he’s not filming and doesn’t have any projects in the near future, he goes off his strict diet. 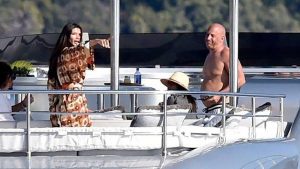 Image
The Daily Mail said that the Fast and the Furious star previously admitted that he has been able to ignore negative body comments because his physique has been praised for years, as he stated, “I’ve had the best body in New York City for decades.”

Speaking to Complex magazine, Diesel said, “It’s like dad’s “Dad Body” is going viral. Why really? I mean, a) I don’t have to be in front of the camera for a couple of months and b) I really am a dad.”

Real Life as the one you like and love it so much. Be nice for the best fans around the world and more. Have a great day as well as the people you love it and enjoy the life. Keep on doing it for the best time and more from the family members and the fans.

It could be he is preparing himself for a movie shoot that calls for him to have a “Dad Body”.

V.Diesel still my favorite actor of all times its Just a small imperfection he can work on and i have faith.You still fine as hell V.Diesel.Isee you nothing else and have watched all your movies im a huge fan always.

I don’t care how his body looks. He will always be the Best to me because his acting doesn’t have anything to do with with body, just his mind and how he puts his heart into everything he does. He’s sexy to me no matter how big he gets.

With all of that success he should eat and drink as much as he wants. Good for him!