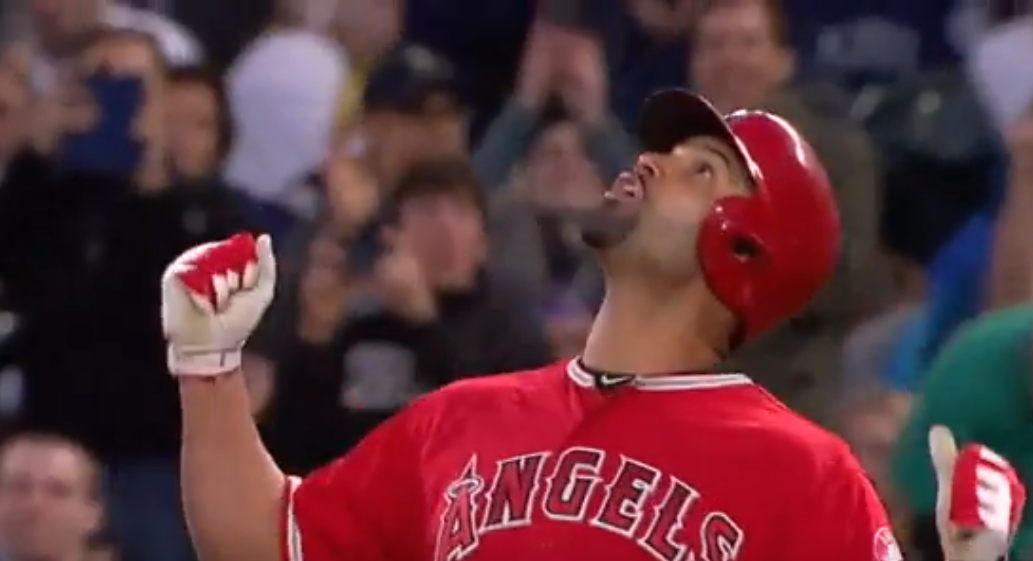 The Dominican targeted a Mike Leake pitch and hit it into right field, in his sixth attempt to reach the mark after accumulating 2,999 hits.

The fans in Seattle stood up to cheer the visiting slugger, who kept the ball as a souvenir. The Los Angeles players celebrated Pujols’ feat on the field before the game resumed.