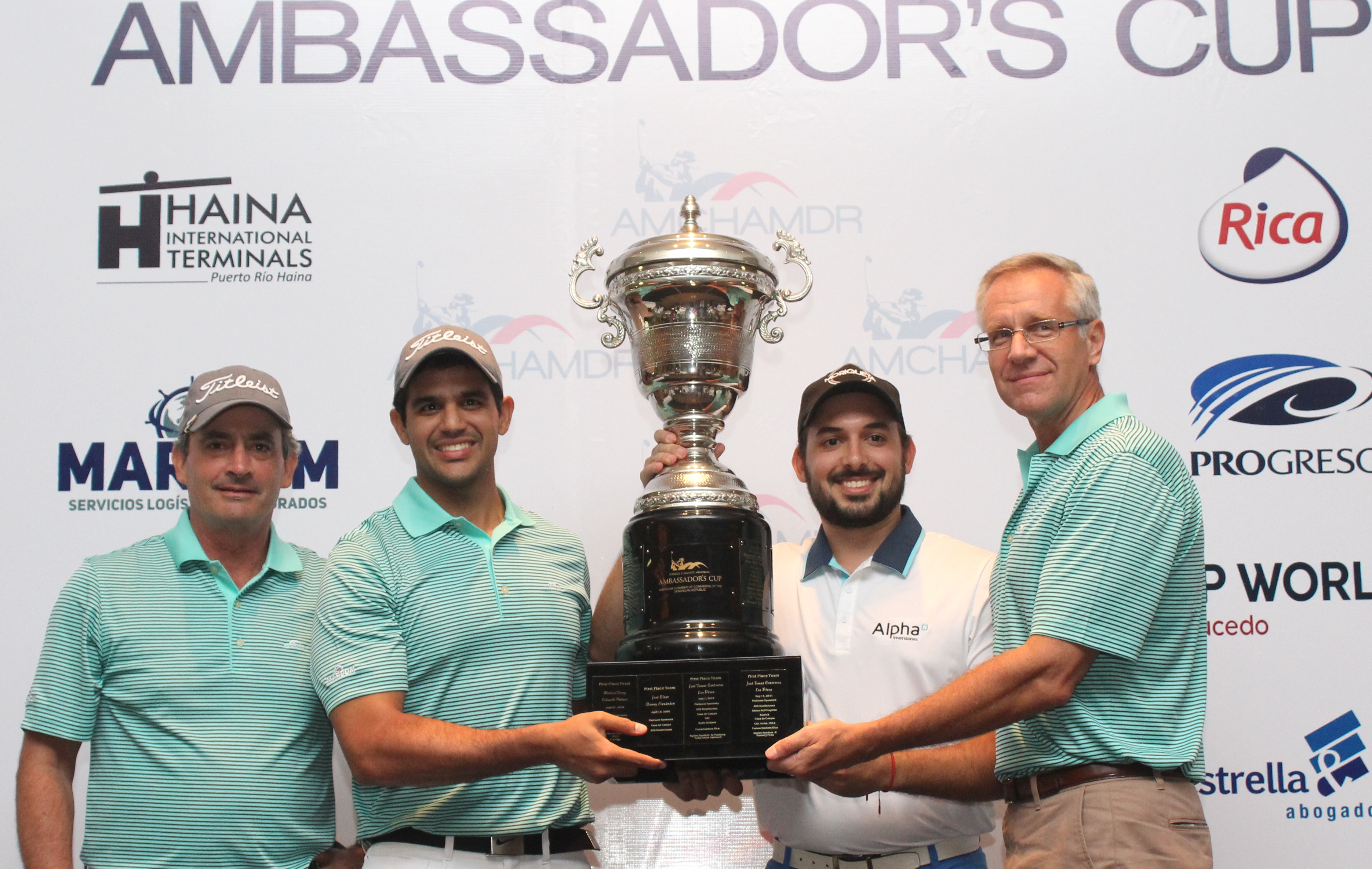 AMCHAMDR vice president William Malamud kicked off the tournament played in categories A, B and C, accompanied by US Embassy interim ambassador Robert Copley.

Play started at 9am marked by camaraderie and sportsmanship, with all 18 holes completed by 3pm, after which the competitors  went to Casa de Campo’s Flamboyán salon for lunch and the award ceremony.

Julio de Jesús and Jorge Elmudesi won first place in category A after a tie-breaker per card and a final 65 strokes; second place in the same category went to Frank Adames and Luis Namnum (65) and third went to Juan Tomás Mejía and Alain Abreu (66).

Among the special prizes, Juan Tomás Mejía won “Longest Drive” and Luís Mejía in “Closest to the pin.”

The award ceremony in the Flamboyán also featured gifts raffled among the players, after which Malamud thanked the players and event sponsors.

Other special prizes, in this occasion awarded by Claro, included the invitation for the first place winners in each category to attend the Copa Claro 2018 golf tournament that will be held in September. In this award classification the winners were Julio de Jesús and Jorge Elmudesi (category A), Alejandro Bobadilla and Gian Paulino (category B), and Ariel Ramírez and Paúl Sánchez (category C).

In the Silver category, the event was supported by EPS, Hunter, Popular Association of Savings and Loans, Delta Airlines, Ontier Alburquerque and Blindatech Caribe.