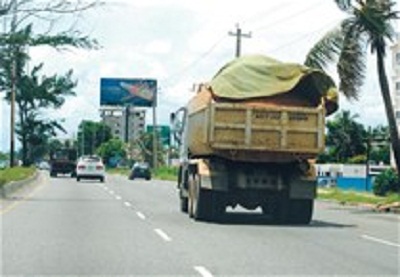 Santo Domingo.- National District mayor David Collado on Tuesday announced an agreement to establishing schedules for the transit of heavy vehicles along the seaside avenue, El Malecón starting next week.

He said the agreement with the Metropolitan Transit Authority (Amet), the truckers union, Fenatrado, and the Dominican Industries Association (AIRD) seeks to prevent truck traffic from turning on Máximo Gómez and Independencia avenues.

The official said the measure to definitively ban heavy vehicles from El Malecon couldn’t be enforced, because the Public Works Ministry has yet to complete the Santo Domingo Beltway.

Collado spoke at Los at a local farmers market, being improved jointly with the UN Development Program (UNDP).