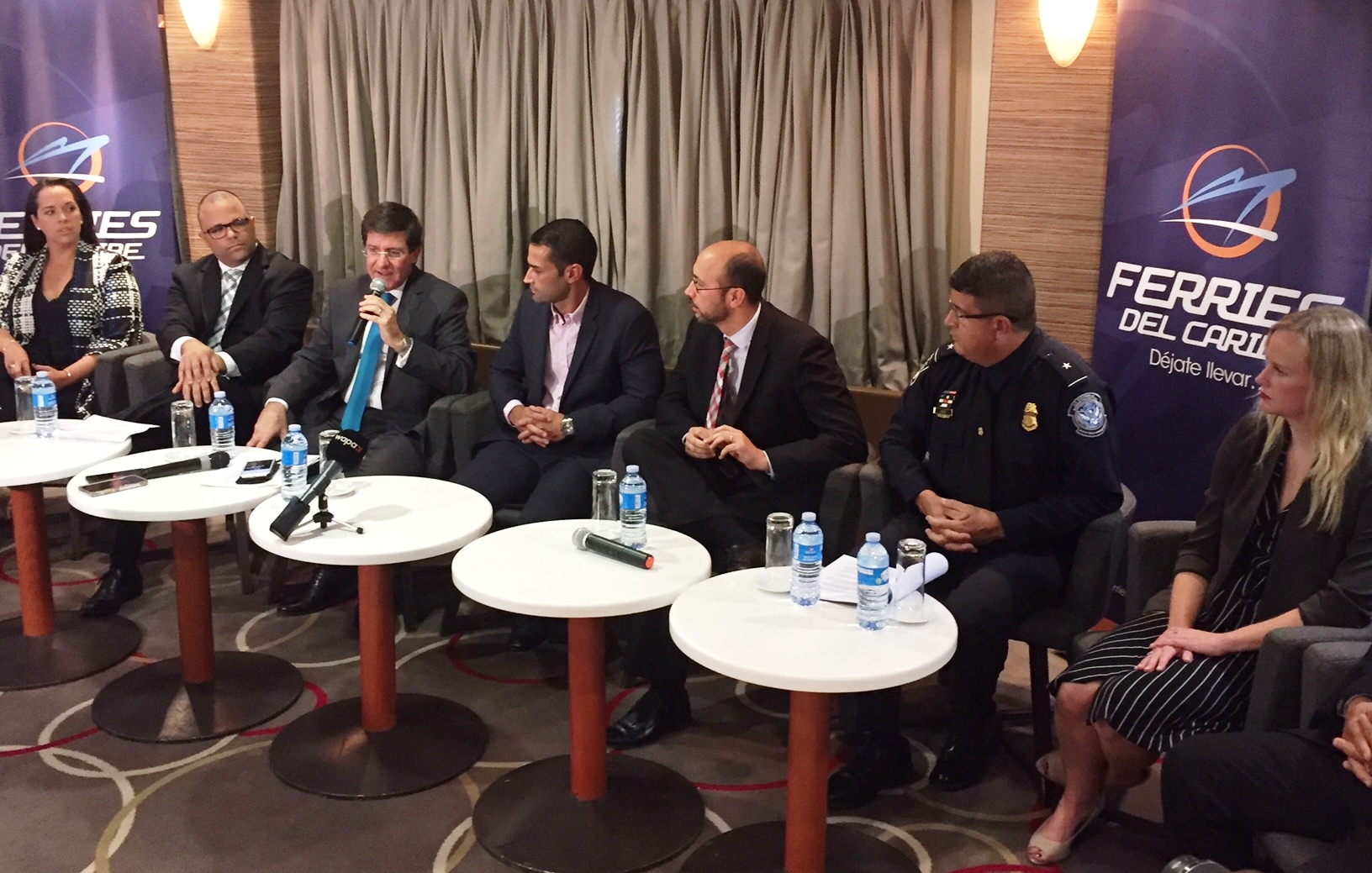 San Juan, Puerto Rico – US Customs and Border Protection (CBP) announced Friday, along with the vessel operator of  Ferries del Caribe <http://www.ferriesdelcaribe.com/> , the implementation of the first Automated Passport Control<https://www.cbp.gov/travel/us-citizens/apc> (APC) System on board the San Juan-Santo Domingo ferry.

The formal announcement was made at the Pan American Dock in San Juan, with participation from leadership of America Cruise Ferries, parent company of Ferries del Caribe, and representatives from the Commonwealth of Puerto Rico’s Department of State, Department of Economic Development, Tourism Company and Port Authority.

“APC’s have been adopted at international airports around the Nation providing travelers shorter wait times, less congestion, and faster processing,” indicated Edwin Cruz, Area Port Director.  “With this APC on board the ferry, passenger clearance is facilitated in such a complex operation while sustaining our security standards.”

Travelers use self-service kiosks to respond to CBP inspection related questions and submit biographic information. APC is a free service, does not require pre-registration or membership, and maintains the highest levels of protection when it comes to the handling of personal data or information.

APC kiosks were installed on board the vessel M/V Kydon, which navigates between the ports of San Juan, Puerto Rico and Santo Domingo, Dominican Republic, transporting passengers, vehicles and cargo, three times a week.

During the announcement, America Cruise Ferries, shared that two of its strategic business units, Marine Express and Priority Ro Ro, became part of the Customs-Trade Partnership Against Terrorism (TPAT). It’s a voluntary public-private sector partnership program which recognizes that CBP can provide the highest level of cargo security only through close cooperation with the principle stakeholders of the international supply chain such as importers, carriers, consolidators, licensed customs brokers, and manufacturers.

When an entity joins CTPAT, an agreement is made to work with CBP to protect the supply chain, identify security gaps, and implement specific security measures and best practices. Applicants must address a broad range of security topics and present security profiles that list action plans to align security throughout the supply chain.

In screening both foreign visitors and returning U.S. citizens, CBP uses a variety of techniques to intercept narcotics, unreported currency, weapons, prohibited agriculture, and other illicit products, and to assure that global tourism remains safe and strong. Learn more about CBP at CBP.gov<https://www.cbp.gov/>.