Govt. is blamed for beach erosion in Punta Cana 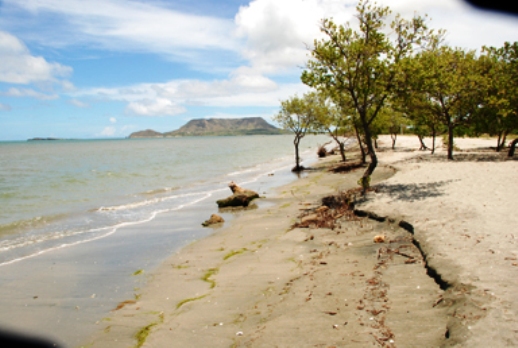 Santo Domingo.- El Cortecito Owners and Merchants Association president Ariel Carreras on Wed. blamed the Government for the beach degradation in that area of Punta Cana and of failing to prevent the construction of buildings within 60 meters of public domain, which they affirm contributes to coastal erosion.

“In the history of the sprawl of our beach in Bávaro, not only businesses that have installed themselves in the 60 meters or those that stay are responsible, the authorities have allowed such a settlement because they simply benefit from the disorder. There are no controls on those who want to build on the edge of the beach,” he said, quoted by Diario Libre.

His allegation was confirmed by the investigative report published Wed. detailing how Punta Cana is losing meters of beach due to continuous erosion blamed on climate change and structures built without regard for the environment.

“In El Cortecito we have owners with more than 40 years that we have seen this deterioration and the loss of the 60 meters,” he said, and showed photos of real estate already in the water.

He added that after Hurricane Maria’s passage, construction of structures just 20 meters from the water wasn’t halted.