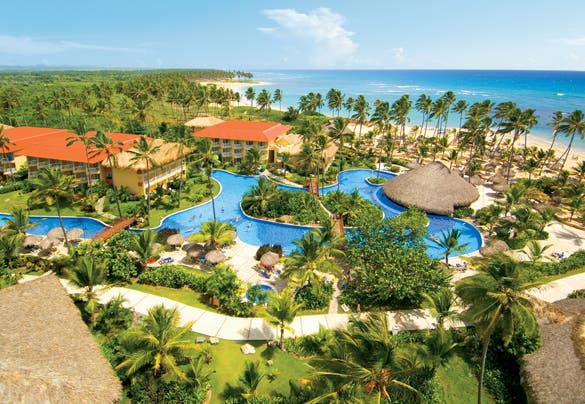 Henry Kissinger wrote his book On China testimony about the reunion of the western world with that country in Punta Cana.

Punta Cana (Dominican Republic), (EFE) .- Punta Cana, the paradisiacal corner of the Dominican Republic with ‘all-inclusive’ hotels, celebrates 50 years with the goal of quickly recovering from the hard blow that was the closure of three months by the coronavirus.

Dominican businessman Frank Rainieri, a visionary who began construction of the first hotel in Punta Cana in July 1970 in an area of ​​virgin forest, without roads or an airport, predicts, in a long interview with Efe, that 2021 will be a year of progressive recovery and 2022, that of the resumption of growth.

“We have to understand that this is a lost year, 2020. This happens from time to time. 2021 is the year of the recovery and consolidation of the industry again, and (20) 22 will be the beginning of growth ”, analyzes Rainieri, president of the Puntacana Group, a conglomerate with multiple ramifications that controls three hotels, the airport and a central electrical, among other investments.

Sitting in his office, from where the tower of the Punta Cana airport can be seen, which will receive tourists again from July 1, the businessman reflects on the future of world tourism.

A NEW TOURISM
“I think this is an awakening to a new tourism”, he says, a model that will value hotels built with a lot of space, to maintain the now much-needed social distance and also, to enjoy nature.

Rainieri stresses that the hotel chains in Punta Cana agreed 40 years ago to respect a series of principles, including a limit of 40 rooms per hectare and a height limit so that the buildings never exceed coconut palms.
“Those principles from 40 years ago are going to be part of a new trend in world tourism again. People are going to look for more spaces (…) In that, the destination is very well positioned. I think he will be able to recover quickly.

THE NEW PROTOCOLS
In the reopening, the industry will have to “adjust” its protocols, in a situation similar to what was assumed by the security regulations introduced after the 9/11 attacks, which were quickly adopted by all, says Rainieri.

Regarding the use of masks, mandatory in the Dominican Republic, the businessman calls for “logic” to prevail, considering that they will be necessary in the lobby or restaurant, but not in places where distance can be guaranteed, as in the beach or the sea.

“Logic is what must be imposed and care. The important thing is to make sure that everyone complies with the rules.”
Similarly, he believes that other restrictions that remain in force, such as the prohibition on the opening of discotheques until August 24, “will not prevent anyone from traveling” this summer.

COMPETITION IN THE CARIBBEAN
To attract travelers again, Rainieri admits that offers and discounts will be necessary, but warns that talking about a tariff war in the Caribbean is not “healthy for anyone.”

“In the past, we have experienced that when there is a tariff war, there is a deterioration in services, and with this, a deterioration in the quality of the product. It is more interesting, both for the visitor and for the hospitality business, to maintain the right rate, with the right service, and not a price war that leads to the degradation of services,” he explains.

Recovering from rate wars was “very difficult” in the past, Rainieri recalls, so “hoteliers won’t make the same mistake.”
The sector’s strategy will be a “gradual” reopening and, in his case, he announced that at the moment only one of the three hotels in his complex will reopen.

THE SECOND HOUSING, A MARKET ON THE RISE
The coronavirus crisis has had a positive face for the sector – the quarantine has spurred the second-home market, due to the growing interest in houses surrounded by nature.

“The only area that has had income (in the Puntacana Group) is Real Estate. So much so that we have decided to carry out a project, Lagos, which was initially going to start by the end of the year, because we have sold 36 lots in 48 hours. People are hungry for a second home in the DR,” he says.

FUTURE GOALS
Rainieri envisions that the destination Punta Cana-Bávaro may reach the goal of 60,000 hotel rooms in 2035, about 50% more than today, and 10,000 homes for foreigners.

“That was the dream I had for 2030, now I say that for 2035. I think it is a goal that can be achieved. I think that will change the economy of the Dominican Republic completely,” he says.
And that growth will probably be supported, in part, by projects that are not in line with the philosophy that the creators of Punta Cana have maintained, such as a 7,000-room hotel, which is starting to build a Russian group, or construction plans of a second airport, which is planned by a rival group, and which, in his opinion, “is not necessary.”

THE DIFFICULT BEGINNINGS
Whatever the reopening and the exit from the crisis, the panorama of Punta Cana will be very different from that of 1970, when Rainieri created this destination out of nowhere, in a “wild adventure” that he undertook with the help of the American lawyer Ted Kheel, who bought the jungle lands.

Rainieri recalls that the members did not earn a dollar in the first 22 years, at which time roads, the airport, and the first hotels were built, including the Club Mediterranée, the first international chain that bet on the destination and that allowed the name Punta Cana was known abroad.

After the arrival of the Bávaro chain in the eighties, other Spanish groups followed, and as of 1992, according to reports, Punta Cana “began to grow.” But the great boost of the Punta Cana brand, he recalls, was thanks to Óscar de la Renta and Julio Iglesias, who in 1997 decided to move to this place “and gave another dimension” to the project.
After that, “without haste but without pause” this hotel complex became the engine of the Dominican economy.

And now, when the end of the COVID-19 crisis is looming, the person in charge of the “chimera” called Punta Cana aspires that, “if you work with your head and hand,” it can be doubled in the medium term the number of tourists received by the Dominican Republic, up to 15 million annually.