Security will be increased at airports in the country 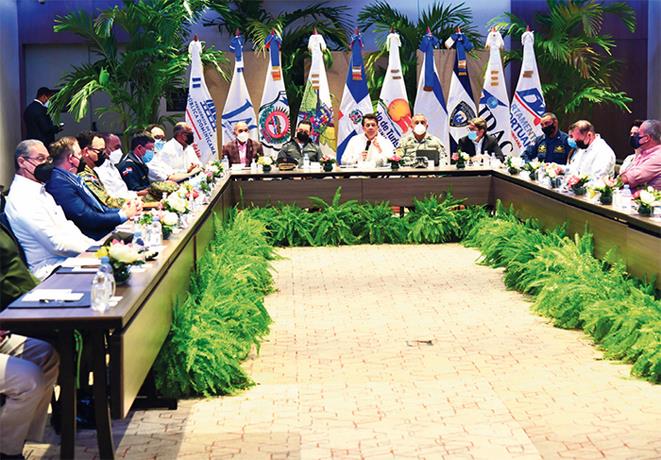 On Monday, the Ministry of Tourism announced all the measures that will be carried out this December to “guarantee the safety of tourists” during the Christmas season.

David Collado, Minister of Tourism, noted that since December 1 of this year to date, approximately 400,000 tourists had entered the country for the upcoming New Year’s Eve festivities.

The official announced yesterday during a press conference with officials of different military corps and senior officials of the sector, held at the El Embajador hotel in the capital.

Collado said that the arrival of tourists exceeded the statistics of previous years and cataloged the amount as a remarkable fact.

In addition, they decided to increase the number of intelligence and preventive personnel and the number of vehicles to protect the areas surrounding the airports of Las Americas, Cibao, Puerto Plata, among other terminals of the country.

Only two companions will be accepted when entering the airports to pick up passengers.

Lighting
Another of the measures is to increase lighting in airports’ vicinity to avoid assaults and other inconveniences to travelers and their companions.

The action plan also includes sanitary measures to prevent contagion by the new Omicron Covid-19 coronavirus. Eighty-five percent of passengers who have entered the country have presented their vaccination cards.

During December, 9,412 tests have been carried out, of which only three cases were positive at Las Americas International Airport.

Facilities
The Ministry of Tourism is also coordinating the operation of the special flights announced by President Luis Abinader to benefit Dominicans living abroad, with facilities to purchase an air ticket for US$500, including taxes.

The two airlines in charge of transporting Dominicans living abroad are Eastern Airlines and Sky Cana, the latter being the only one operating flights through the AILA.

The portfolio recalls that the flights will be enabled to be booked from December 23, 2021, according to the disposition of the resident Luis Abinader, after the agreement with the two airlines.

December 23.
Abinader announced an agreement with two airlines to offer Dominicans the opportunity to travel to the country from New York and New Jersey at a fare of no more than US$500, taxes included.

The agreement announced by the president includes Sky Cana and Eastern Airlines, which will fly from John F. Kennedy and Newark airports to Santo Domingo and Santiago.

Tourists are still being robbed in Bavaro , in the center of Bavaro …at gun point never the less….all these alleged “changes” is looking good in media …if you cared you’ll be doing something…keep blowing smoke till someone gets killed….