Meeting held for strengthening the gastronomy of the Dominican Republic 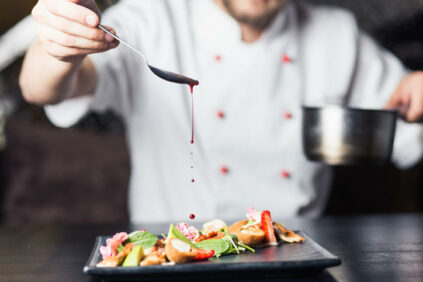 The president of the Sabores Dominicanos Foundation, Bolívar Troncoso Morales, advocated for human resources training in the country’s gastronomic sector, given the lack of qualified people and professional technicians.

He made this known at the head of a meeting between executives of the FSD and representatives of the member universities of the Dominican chapter of the Pan-American Confederation of Schools of Hotel Management, Gastronomy, and Tourism, Conpeht.

Next April, this meeting was held to socialize the program and establish responsibilities during the 8th edition of the Dominican Gastronomic Forum, an annual event organized by the FSD.

The general coordinator of the FSD, Luis Marino López, reiterated the need to train human resources in the gastronomic area, considering that the tourism and hotel sector could collapse if these measures are not taken.

“To talk about gastronomy is about a necessity of life that later becomes a business system. The sector’s training must be strengthened and disseminated at the highest level. For this process to continue, the response capacities must be adapted to the new times and the demand for services,” he pointed out.

Juan Febles, the commercial coordinator of the FSD and president of the Dominican School of Food and Beverage A&B Masters, said that the forum had become a necessity for the participation of emerging young people who will be integrated into the productive life of the gastronomic sector and any mark that is left in their minds will be of great importance.

Enrique Pacheco, from Apec University, said that the meeting was the threshold of what is needed for the immediate future. He said that in addition to degree courses, society needs short-term professional technicians who can enter the labor market as professionals with the support of diplomas and courses.

Meanwhile, for Gloria Valdez, from Unibe University, the forum is a space for discussion that sets the tone “of what is coming in the future; I support this initiative because it leads us to reflection, to forward thinking and to look to the future, all together.”

The meeting was also attended by directors and representatives of the Schools of Hotel Management, Gastronomy, and Tourism of the UASD, PUCMM, O&M, UNPHU, UCE, UCADE, UCSD, and UAPA.

…so forget about exporting engineering job/ppl…just make sure hotels,…really not even going to finish that sentence

Gastronomy ???who talks like this? Why not called it the Culinary Industry.

trying to sound important – attended by directors and representatives of the Schools of Hotel Management, Gastronomy, and Tourism….involved in crime…..love the RD