The e-ticket generates controversy in the Dominican Republic: deputy asks to eliminate it 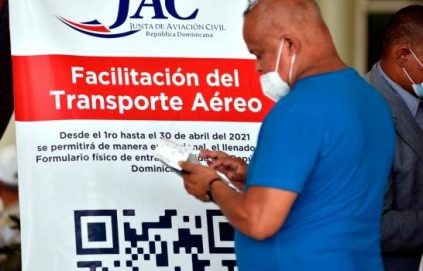 Eugenio Cedeño, deputy for La Romana of the Modern Revolutionary Party ( PRM ), asked the Government to eliminate the e-Ticket (electronic ticket) from the immigration process and reimburse the 10 dollars of taxes charged to Dominicans who arrive in the country.

“The problem is that Dominicans abroad are required to fill it out and if they have not done so, they are not allowed to board; They don’t even check them in at the counter and they miss their flights,” he denounced.

According to the legislator, the immigration procedure (which must be done by each traveler entering or leaving the country, whether Dominican or foreign) is the responsibility of the authorities of the Dominican Republic; however, they have left the attribution in the hands of international airlines, who supervise the filling or not of the e-Ticket.

He explained that he was a victim of the inspection when he missed a flight to New York, having to pay an extra 400 dollars to an airline on January 25 to be able to board the plane 12 hours later, just because he did not fill out the e-Ticket in his house.

In that sense, Cedeño said that no airline should deny access to the plane to someone who has a valid passport and their ticket paid, according to a statement.

Regarding the 10 dollars of taxes charged to the Dominican diaspora who visit the country, the legislator denounced that “they are treated as tourists in their own land with the tax.”

“Half a million Dominicans travel a year and I believe that there is enough technology to discriminate when someone registers the Dominican passport and buys the foreign ticket so that they do not charge those ten dollars,” said Cedeño.

He pointed out that the authorities must reimburse those 10 dollars since “Dominicans pay the most expensive ticket in the world” so that “of ñapa” they are also charged.

Eugenio,
I traveled from the Dominican Republic in the middle of the pandemic last January, I have nothing but good things to say how it was handled. There were seven people in our traveling party. I did not know about the questionnaire before we got to the airport, but I must say that the airline made a fabulous job by telling us how to fill the questionnaire while we were on line. By the time we made it to the desk, everything was filled out. A great experience I must say, proud to be a Dominican, as they handled everything better than in other Caribbean islands that I have traveled to lately. The only island that was up to par with the Dominican Republic was Puerto Rico, not a surprise I must say.
So, Eugenio if you want to pander to those people that wait to the last minute to get to the airport for an international flight, go right ahead, but that was not our experience. Just get to the airport early and everything will work out. If not you are just out of luck. I am sorry to make the clarification, the world does not happen to run on Dominican time.