Dominican Republic offensive for cruise ships: will expand its ports from 3 to 6 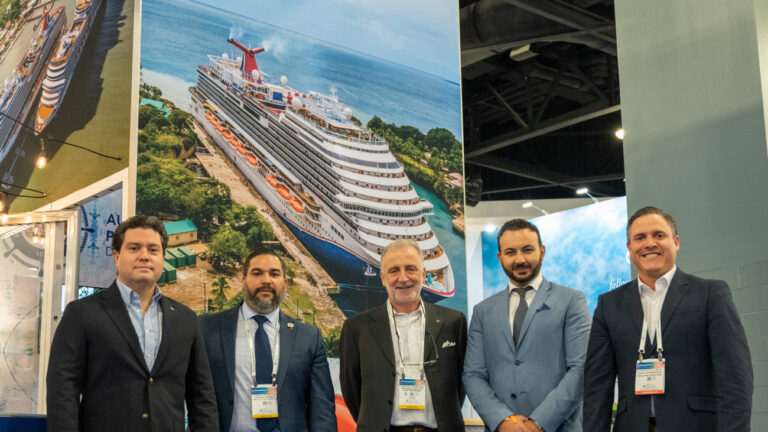 New terminals would be in Pedernales, Barahona and Samaná

The country promotes this industry at the Seatrade Cruise Global fair

To increase the arrival of cruise ships to Dominican ports, as well as new shipping companies to the Dominican Republic, the Dominican Port Authority ( Apordom ) participates in the Seatrade Cruise Global international fair that takes place in Miami.

The Caribbean delegation, headed by the executive director of Apordom, Jean Luis Rodríguez, has held meetings with the primary agents of the cruise sector, intending to promote the Government’s interest in going from three to six terminals for the reception of ships of cruise ships, according to a statement.

“We have had a great boom in terms of cruises and we intend to continue expanding, we are talking about the fact that we have a projection of going from three to six terminals, and that is what we are promoting in this important fair; cases like Cabo Rojo in Pedernales , with the new terminal; Barahona , a province where it has always been dreamed of receiving cruise ships and we are already working on a plan, as well as in Samaná and Arroyo Barril, which will be carried out through Public-Private Partnerships,” said Rodríguez.

Among the topics to be addressed at this fair is the potential of Dominican ports for cruise ships, the search for new investors, new strategies to attract cruise ships, and maintaining the participation of local productive sectors (artisans, farmers, and commercial ) within the cruise industry.

“For the second time we participate in this important world cruise fair where we are promoting both the existing ports to receive cruise ships as well as the ports to be developed in the present and future, convinced that we cannot be closed, and that we must expand to other borders,” the official said.

Apordom’s participation in the fair, which is held at the Miami Beach Convention Center, and for the second time with an individual stand, represents a business opportunity for the country’s ports; This fair is considered one of the most important in the industry, bringing together on this occasion more than 900 exhibitors from 127 countries around the world and around 11,000 professionals.