Common health protocols are the key to tourism’s safe return 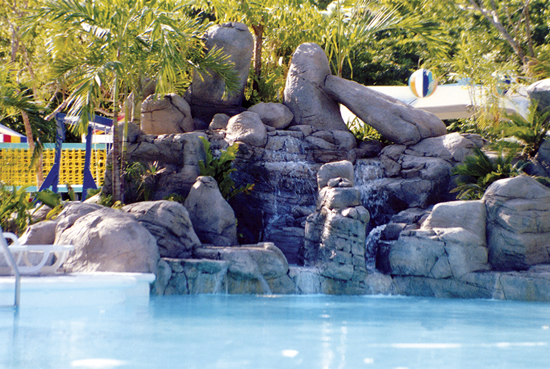 Since late April there have been virtually no tourist arrivals in the Caribbean.

In the last few days however, several countries have announced plans to reopen to international travel, albeit in a restricted way.

Among those that have established dates and announced strict rules and specific health requirements for tourism, are Antigua, St Lucia, and the USVI. Others such as The Bahamas, Aruba and the Cayman Islands have indicated tentative dates when they hope again to be able to welcome visitors. For their part Cuba, Barbados and Jamaica, out of an abundance of caution, have spoken only about the preparations they are making for when tourism might resume.

Much less mentioned is the basis on which air and sea lift will be restored and more importantly in the short to medium term, the central role that carriers, airports and countries of origin may have in ensuring no new cases of COVID-19 are imported into the region.

As with all else relating to economic recovery from the virus, there is a tension between public health requirements and avoiding a deep recession.

Many governments and international financial institutions now believe that it is quite possible that tourism arrivals into the region could decline by as much as 80% this year and that employment will fall commensurately, significantly reducing GDP in all hospitality-dependent nations.

It is therefore scarcely surprising that that the industry and every tourism reliant Caribbean nation is now desperate to reopen in the shortest possible time and see visitors return to jump start rapid economic growth.

Despite this, the industry is unlikely to recover in the same way as other sectors because of its dependence on multiple factors beyond the control of host destinations. As Jamaica’s Minister of Tourism, Edmund Bartlett, recently pointed out, this is because the  pandemic will probably have a longer-lasting effect on international tourism due to reduced consumer confidence and the likelihood of longer restrictions on the international movement of people.

What is becoming apparent is that even with the detailed – for some in the industry, controversial – on-island measures that St Lucia and others have announced, significant issues remain in achieving a common Caribbean health protocol that the airlines and cruise companies can support, along with a standard establishing ‘safe corridors’ for travel to the region.

Speaking recently about the problems the Caribbean is facing in relation to reopening tourism and restoring airlift, Barbados’ Minister of Tourism, Kerrie Symmonds, made clear that no definitive region-wide course of action has been agreed.

He told a media briefing that the island’s Prime Minister, Mia Mottley, and the Prime Minister of St Lucia, Allen Chastanet, had chaired a “useful meeting” with all the air carriers that service the region.

In his words, safety was the principal concern of both governments and the carriers. The meeting he said had agreed, “there is no competitive advantage that anybody has over the other in terms of being safe”. “We all want the highest degree of safety that we can have. Nobody feels comfortable in reopening until you have been able to secure, first of all, the well-being of the people in your country and the workers and, secondly, the visitors to the island”.

What is being discussed is the possibility of a regional protocol involving common forms of testing on departure to and from the region plus other in-country measures.

Whether a Caribbean wide public health standard for travel acceptable to all can be established, or, in its absence it will be, as Mr Symmonds suggested, for the airlines to determine as “robust partners (that) make sure there is a contaminant free corridor” between the point of departure and the point of arrival,  remains to be seen.

Whatever the outcome, it will involve governments somehow balancing national economic and public health interests, verifiable implementation, and the common regional good with what external travel industry partners and travellers may agree to.

It coincides with growing concern among airlines about the plethora of different regulations being adopted by governments around the world, their practicality and commercial viability.

Just a few days ago Alexandre de Juniac, the Director General of IATA, the body brings together the world’s airlines, said that while they are eager to fly, international travel cannot re-start when markets such as the UK impose fourteen day quarantine rules on all arrivals including returning residents.

His emphasis was on a ‘risk-based layered system’ to biosecurity coordinated globally. This he believes should be undertaken in ways that provide the arriving country with confidence about the procedures on departure from any point of origin, and travellers with reassurance of there being common public health measures in place. The objective he said was to work with others to put in place quickly an agreed approach that can restore global connectivity safely and efficiently.

IATA’s published outline incorporates pre-flight arrangements at airports, in flight requirements including face coverings, testing before departure with the important caveat, if such tests are ‘scalable, accurate and fast’, and should they become available, science backed immunity passports.

Although opening Caribbean tourism offers the possibility of driving economic recovery, it will be important that the outstanding and continuing epidemiological and scientific advice provided by the Caribbean Public Health Agency and PAHO is not set aside by one or another government seeking short term advantage. The willingness of almost every country in the region to act decisively and swiftly on their recommendations is why the Caribbean has by global per capita standards seen such low transmission and mortality rates.

As the pandemic lessens, the challenge will be developing and sustaining a common health framework for tourism: one that meets national and regional requirements, the concerns of citizens, workers and visitors, and the thinking of external industry partners.