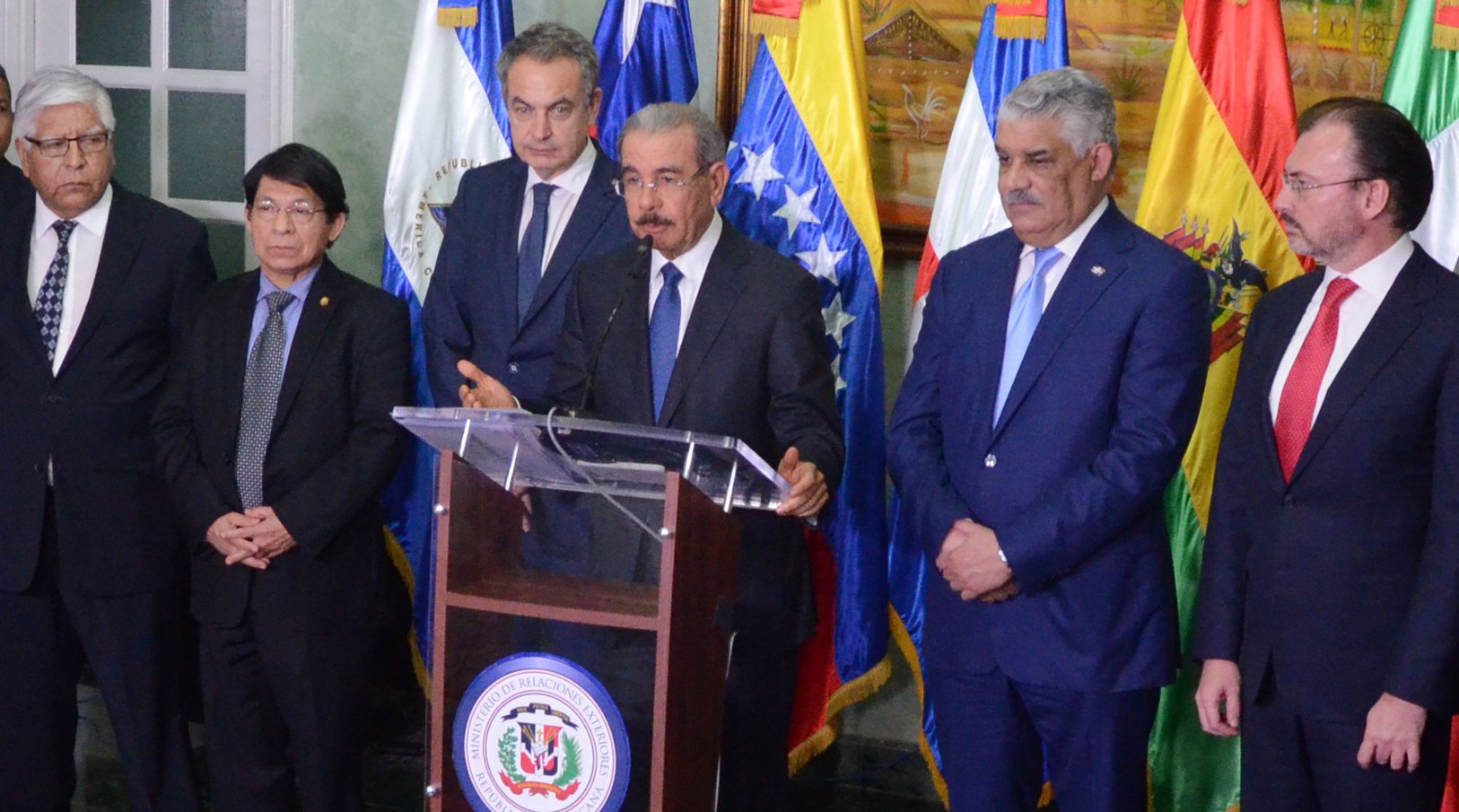 Santo Domingo.- The Mexican government has ended its participation in the talks being held in the Dominican Republic between the Nicolás Maduro administration and the opposition after the authorities in Venezuela brought forward the date for the presidential elections.

Mexico is the first of the nations with observer role in the negotiation process hosted by the Dominican government.

The surprise announcement to move the election date forward was made by the National Constituent Assembly led by the ruling party. The electoral body now has to set a date prior to April 30th.

Mexican foreign minister Luis Videgaray Caso announced his government’s decision while attending the Celac-China Forum Ministers Meeting being held in the Chilean capital, Santiago. He explained that the election date was one of the key unresolved negotiating points in the dialogue. The elections were originally scheduled for the end of 2018 but the announcement from Caracas “undermines the validity of the dialogue,” according to Mexico. It also puts the opposition at a disadvantage, because if they decide to field any candidates they will not have enough time to promote their presidential programs, as well as being divided.

“We are withdrawing from the current negotiation process, but let there be no doubt about this: Mexico will continue making all possible diplomatic efforts to contribute to the peaceful restoration of democracy in Venezuela,” stated Videgaray. As well as Mexico, foreign ministers from countries including Chile, Bolivia and Nicaragua participated as observers in the negotiation process.

While in Santiago, Dominican foreign minister Miguel Vargas met with his Chilean counterpart, Heraldo Muñoz and Mexico’s Luis Videgaray to review the recent meetings and the issues that were discussed in this negotiation progress.