Hot chili peppers: not only season foods they extend life and improve health 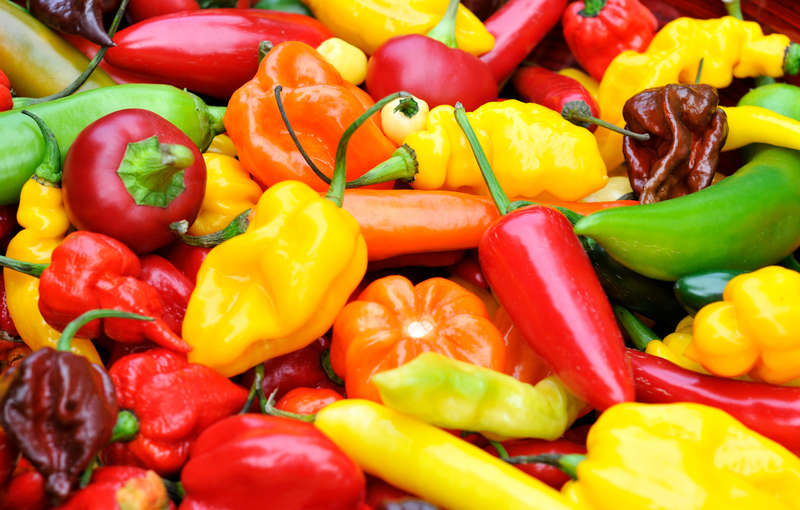 WASHINGTON.- Although hot chili peppers have not traditionally been part of the Dominican diet, their use in the country is increasing. And that’s a great thing: the diet regularly seasoned with hot peppers, also called chili peppers or chili peppers ( chili pepper is also written), reduces the risk of death from heart attack or stroke, according to a study conducted in Italy and published by the Journal of the American College of Cardiology (JACC).

“An interesting fact is that protection against the risk of disease was independent of the type of diet people follow,” said Marialaura Bonaccio, epidemiologist and lead author of the published study.

“In other words, a person can follow the healthy Mediterranean diet, or someone can eat less healthily, but for everyone, hot chili peppers have a protective effect,” he added.

Over the centuries peppers, in the great variety with which they are grown and eaten throughout the world, have gained fame for their alleged therapeutic qualities, attributed to the presence in all of them of a substance known as capsaicin.

The peppers are native to Mexico, hence they are known by their Nahuatl name “chili” (chile), and have been present in the human diet since about 7,500 years before Christ, being one of the oldest crops of the Americas.

Peppers, which can be cataloged from the sweetest, such as el morrón or piquillo, to the hottest, such as jalapeños, serranos, poblanos, tabasco, habaneros, and ghost peppers (Bhut jolokia) are a fundamental element in the main world cuisines, such as Mexican, Peruvian, Thai or Indian.

This variety of vegetables became part of the global trade since the fifteenth century and currently, world production exceeds 35 million tons of green peppers and 4 million tons of dried peppers.

In the study led by Bonaccio for the Department of Epidemiology and Prevention in Italy, researchers examined for 22 years 22,811 residents, with an average age of 35 years, from the Molise region, southeast of Rome and on Adriatic Sea coasts.

During that period there were a total of 1,236 deaths in the group

Comparing their dietary habits, the researchers observed that in people who regularly consume peppers, that is, at least four times or more per week, the risk of dying from a heart attack fell by 40%, and the reduction of the risk of death from a stroke was almost half of the rest of the people studied.

“Hot pepper is a fundamental component of our culinary culture,” said Licia Iacoviello, director of the Department of Epidemiology at the University of Varese. “Over the centuries all kinds of beneficial properties have been attributed to their consumption, mainly on the basis of anecdotes or traditions, when not magic,” he added.

But by applying scientific rigor on the basis of evidence, “as already observed in China and the United States, we know that the various plants of the capsicum species, although consumed differently throughout the world, can exert a protective action. for our health,” said Bonaccio.

The following is the abstract of the published study:

Background Chili pepper is a common part of a traditional Mediterranean diet. However, epidemiological data on the association between chili intake and mortality risk are scarce, with a lack of studies of Mediterranean populations.

Objectives  This study sought to examine the association between the consumption of chili and the risk of death in a large sample of the Italian adult population in general and to account for the biological mediators of the association.

Methods The longitudinal analysis was performed in 22,811 men and women enrolled in the Moli-Sani Study cohort (2005 to 2010). Chili consumption was estimated using the EPIC Food Frequency Questionnaire (European Prospective Cancer Research) and was classified as none/rare consumption, up to 2 times/week,> 2 to ≤4 times/week, and> 4 times/week.

Conclusions  In a large adult Mediterranean population, regular consumption of chili pepper is associated with a lower risk of total death and CVD, regardless of risk factors for CVD or compliance with a Mediterranean diet. Known biomarkers of CVD risk only marginally mediate the association of chili intake with mortality.