At least five killed and several injured by earthquake in Haiti 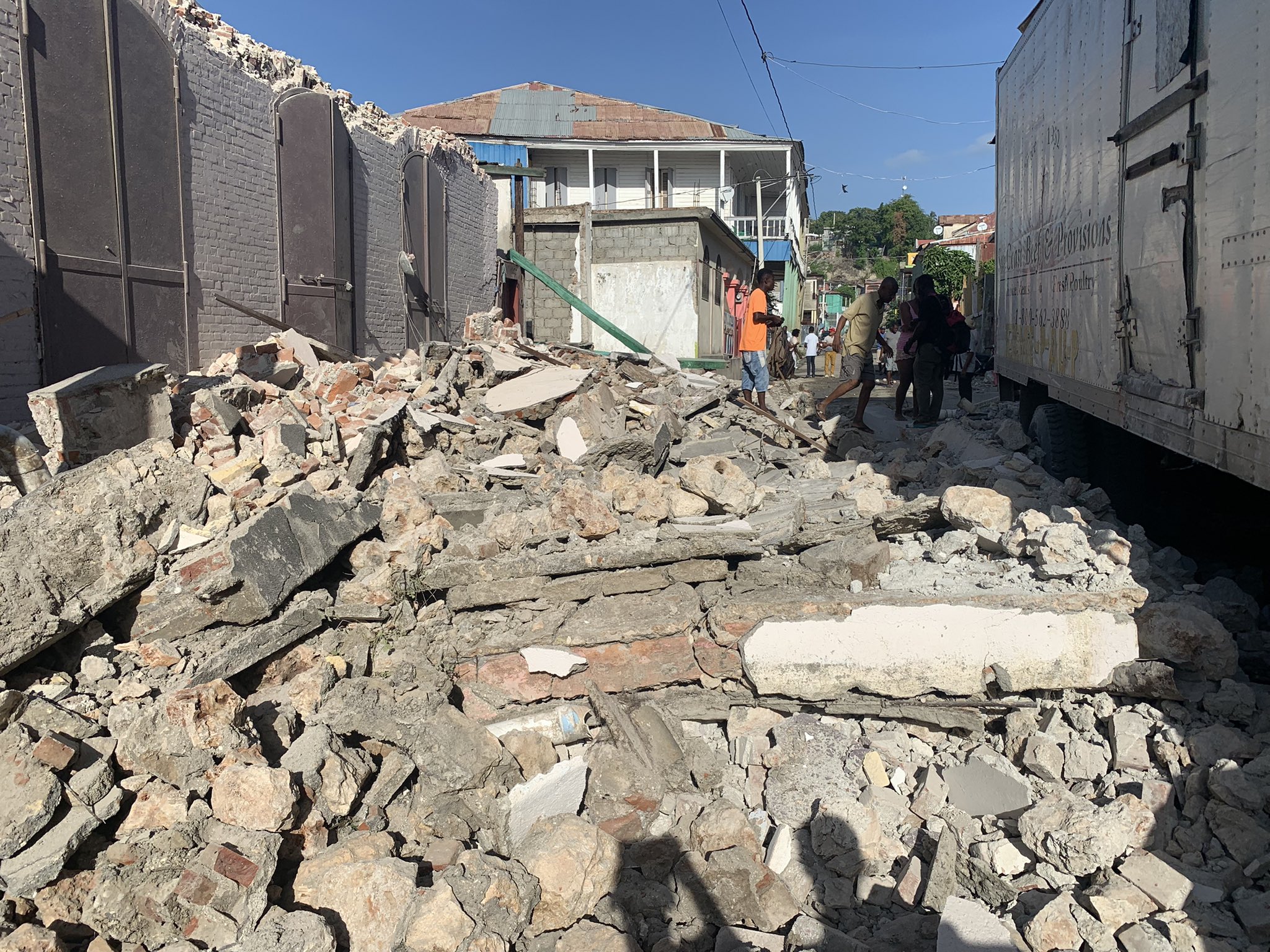 At least five people have died, including two children, and several have been injured in the Haitian towns of Aquin and Nippes due to Saturday’s preliminary magnitude 7.2 earthquake in the west of the country, which has caused great destruction in areas near the epicenter.

Four of the deceased have been identified in Aquin, including the two children, aged seven and nine, as confirmed by sources in the media ‘Gazette Haiti.’

The fifth deceased has been identified in Nippes, as explained to the same media by the local coordinator of civil protection, Fidel Nicolas, in the midst of the destruction prevailing in the southwest areas of the country, pending the first official assessment of the earthquake.

The quake has been recorded at 14.29, Spanish peninsular time, about 12 kilometers from the town of Saint-Louis du Sud, and with a hypocenter 10 kilometers deep, according to the USGS report, which has issued a red alert for the possibility that the earthquake has left a large number of victims.

Minutes later, a magnitude 5.2 aftershock was recorded 17 kilometers from the town of Chantal, again with a hypocenter 10 kilometers deep.

According to ‘Gazette Haiti,’ the earthquake has been felt in the capital, Port-au-Prince, for several seconds. The city is located about 130 kilometers from the epicenter of the earthquake.

The destruction has been particularly noticeable in the area of Les Cayes, where the hotels of Le Manguier and Petit pas Hotel have collapsed, according to the Haitian newspaper ‘Le Nouvelliste.’

According to the outlet, one of the area’s main hospitals, the Saint-Antoine de Jérémie, is now collapsing with patients and needs boosters and medicines for emergency care.

Finally, the U.S. Weather Service’s Tsunami Warning Service has canceled the warning of strong waves issued in the minutes after the quake.

Haiti considered the poorest country in the Western Hemisphere, is still living with the catastrophic 2010 earthquake that left 200,000 people dead. The country has also been in a state of political turmoil since the assassination of President Jovenel Moise in July.