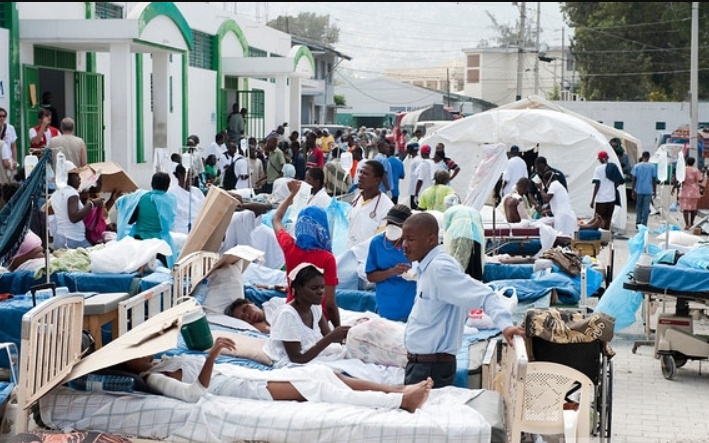 In the wake of the January 2010 earthquake in Haiti, the International Federation of Red Cross and Red Crescent Societies (IFRC) mobilized the biggest single-country emergency response operation it had ever mounted. (Photo: Red Cross)

Port-au-Prince.– Two moderate earthquakes shook southwestern Haiti on Monday, causing panic and leading to the closure of schools, so far two people have been reported dead.

Journalists from Haiti report that so far the deaths of two people have been confirmed as a result of the fall of a wall and a landslide after the occurrence of several telluric movements. The events occurred in the Nippes region.

Both had an epicenter in the southern peninsula of Haiti, west of the capital Port-au-Prince, according to the United States Geological Survey. Both were approximately 10 kilometers deep below the surface.

In Anse-a-Veau, a small coastal town 130 kilometers west of the capital, a man was killed when a wall collapsed. In Fond-des-Negres, 20 kilometers further south, the second death was caused by a landslide. The Haitian Civil Protection Department did not release the ages of the victims.

The earthquake was registered at 08:16 local time (13:16 GMT) and was felt in the capital. It was followed by a dozen new tremors, including a magnitude 5.1 aftershock less than an hour later.

Last August, a magnitude 7.2 earthquake killed more than 2,200 people and destroyed or severely damaged tens of thousands of homes. The country is still recovering from the devastating 2010 earthquake that killed over 200,000 people and left 300,000 injured.

On August 14 last year, a magnitude 7.2 earthquake shook Haiti, killing more than 2,200 people and destroying or damaging some 137,500 homes.