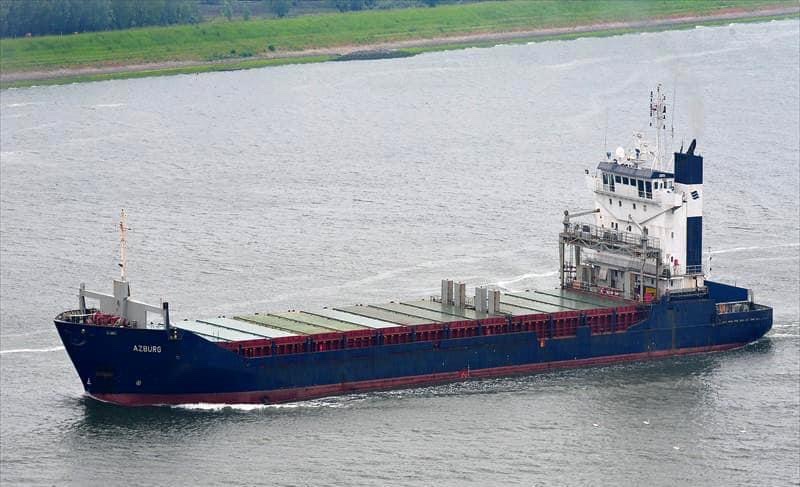 Kiev.- The Ukrainian State Coast Guard Service on Monday mistook the flag of island-nation Dominica, with that of the Dominican Republic when reporting that a civilian vessel had been sunk by Russian forces, which the AP reposted.

The Azburg vessel, which, when investigated by Diario Libre, is under the flag of Dominica.

According to the VesselFinder.com site, the ship has been in Mariupol since February 22.

“A civilian boat sinks in the port of the besieged city of Mariupol after Russian forces fired on it,” says Ukraine.

More innocent casualties of an outrageous aggression by Putin.

The boat is registered by Dominica not DR