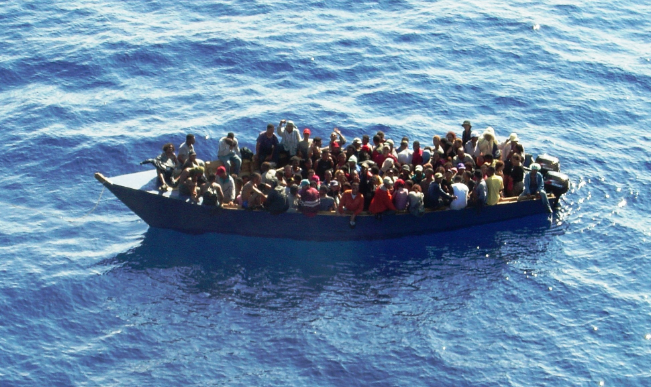 The official press reported that a boat with 141 Haitian migrants capsized off the southern coast of Cuba in the province of Cienfuegos while trying to reach the United States.

After eight days of sailing, the boat came ashore, and a state television report showed images of the health care they received.

“Of the 141 people traveling on the boat, over capacity and in precarious conditions, 22 are children, and there are pregnant women and elderly people,” said Nadiezka Carvajal, head of Red Cross operations in Cienfuegos (233 kilometers from Havana).

“The expedition had set sail for Miami, USA, but bad weather conditions brought them to the coast of South-Central Cuba,” one of the castaways assured the local newspaper.

This is the third time this year that groups of Haitians have landed on Cuban shores in their attempt to reach U.S. territory.

Last May, some 800 Haitian migrants, including a month-old baby, reached the northern coast of central Cuba and were later returned to their country of origin.

The closest point to the United States is 950 kilometers from Haiti.

According to official data, from 2001 to 2021, 76 boats with more than 4,000 irregular migrants arrived in Cuba’s eastern province of Guantanamo alone.

This is very difficult to witness. What is the United Nations doing ? Pres. Luis Abinader is the only person showing leadership on this. Canada , the USA and France should be sending in peace keeping troops to protect the people; or step in and provide a provisional government. How many more years are we going to watch Haiti fall apart?

The world is watching the hypocrisy of the great democracies. Monroe doctrine is used to bash the Commies but tucked away when small democracies like Haiti need help. Help they never would have needed if not for the great extortion by France, the great American occupation by the US, and the great cache’s of false promises by Canada. Haiti is in your backyard! What say you great liberators of the world?

The world powers are more interested in expending dollars to entrap a Haitian dentist in Maryland and bringing him to trial in front of the world than giving poor Haitians a hand up. Feeding poor children who have tried to follow your instructions of a democratic system.

i dont see one reason why this should be here, not even half a reason