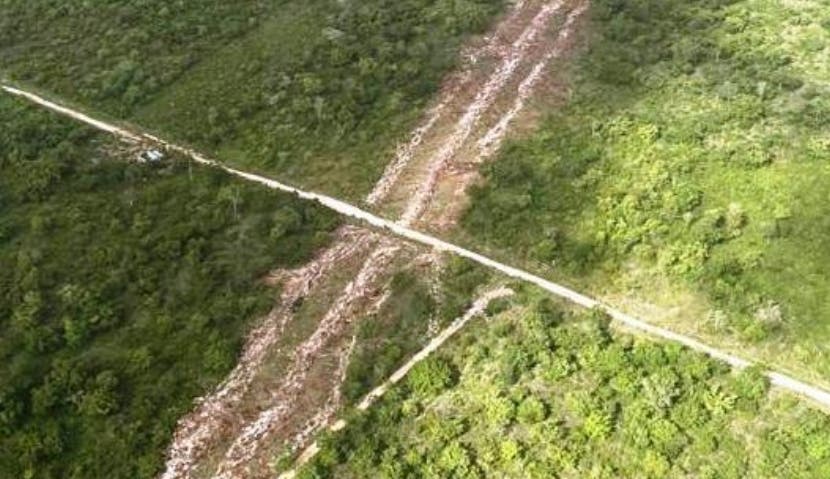 Santo Domingo.- National Environmental Assembly (ANA) attorney Bartolomé Pujals, on Sun. denounced that the Abrisa group began the construction of the Bavaro airport by clearing a wide strip of land where they will build the runway, despite not having the land use or municipal permits.

In a statement, ANA said the work does not have an environmental license due to questions about the damage that the project would cause to the aquifers and the fauna and flora in the area.

ANA photos show extensive devastation of the forested area and that, due to the shape of the trails, say that it is about the future airstrip and hangar area for aircraft.

Pujals said the works that are carried out destroyed an area to allow access where the devastations caused with heavy equipment. “It’s in the place called Tres Piezas, El Salado and located in the province of La Altagracia.”