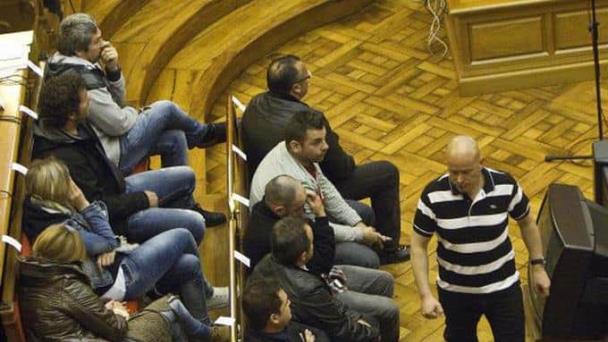 Before the Supreme Court decided on his conviction for stealing 200 kilograms of cocaine from a container in the port of Barcelona, Javier Segura (El Bolo), one of the most dreaded drug traffickers in Catalonia, fled the country roughly seven years ago. He was taken into custody at a posh resort in the Dominican Republic on April 17 due to tremendous police, judicial, and diplomatic pressure. He had gone to the Punta Cana airport to pick up his son in a Maserati, which is worth more than 100,000 euros.

He has already been admitted to a Spanish prison, where he will spend the next 12 and a half years. The story was not known in the Dominican Republic until El Pais covered the arrest.

Segura’s fate was not accidental. He picked the Dominican Republic because, according to sub-inspector Jonathan Herrera, head of assets for the Catalan police, it would be “extremely challenging for them to bring him back from there”. Police in Catalonia confirmed that a 14-year-old boy, the son of Javier Segura, was taking frequent vacations to the Dominican Republic, a finding as part of an investigation into rollovers, as the robbery between drug traffickers is known in police jargon. A large portion of the money belonging to the clan that Segura and one of his brothers led in their heyday was going to be invested through figureheads, according to the Catalan police’s money-laundering unit. Within the Cocotal Golf and Country Club complex, they had three apartments.

Together, they discovered the massive cache of cocaine disguised in a cargo container that was carrying shrimp on the ship La Hispaniola on January 24, 2005. The Civil Guard had been informed about the discovery by the United States. All the police forces were intrigued by the band. Seven Civil Guard agents and a Police Inspector were charged in the case for tipping off and working with the Segura gang because of their violence and contacts, but they were ultimately found not guilty because their involvement was not “reliably proven.”

El Bolo did not flee; instead, he accepted the prison term that the Supreme Court had extended and ratified in 2015. He also had to deal with two additional court cases while incarcerated that were related to the port robbery, which involved an earthquake and strong suspicions of police corruption. It was the first indication of Segura’s whereabouts, but Gerardo Cavero, the coordinator of the Anti-Drug Prosecutor’s Office in Barcelona, downplays its significance: “The police know what they were doing and I have no doubt that they were following.” In the trial for the discovery of MDMA in Mollet del Vallès (Barcelona), in which the fugitive was also accused.

The Ministry of Public Health launched its annual vaccination day against seasonal influenza A...

Update: Alessandra Melendez Berry to represent the Dominican Republic in Italy and Turkey

The country’s schoolchildren are overweight

PLD a day after the consultation, alternating between emotion and silence