18 people hurt in another accident on Boulevard Turistico del Este 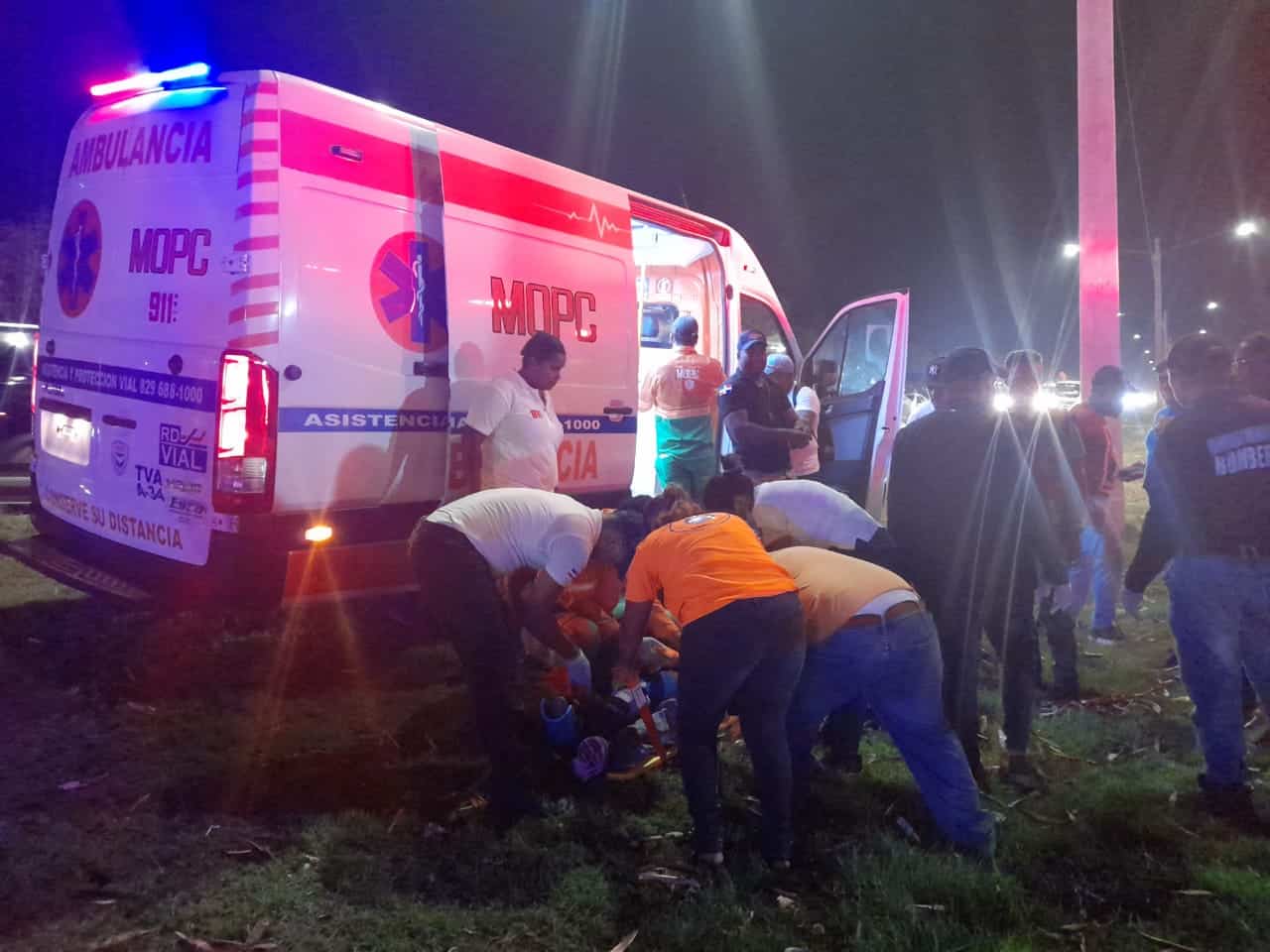 On Wednesday afternoon, 18 people were hurt, some critically, in a traffic collision on the Boulevard Turistico del Este in the province of La Altagracia. Three vehicles were engaged in the incident, including a bus, at the Cruce de Los Manantiales.

Of the 18 wounded, two suffered critical injuries. According to fire brigade Colonel Miguel Alvarez, the injured were taken to the Punta Cana Medical Center where they were being treated. Most of the injured are construction workers from Haiti who are employed in the tourist areas. He revealed that all the injured were in the truck that collided with a bus that was waiting for the traffic light to change to continue the march.

Colonel Miguel Alvarez explained that there are three vehicles involved in the accident, a dump truck, a yellow bus, and a passenger-carrying truck. Bruno Benítez, in charge of the Department of Risk and Disaster Management of the Cabildo de Verón Punta Cana, explained that all the injured have been assisted by the units of the National Health System, Public Works, Firefighters, Digesett, and other institutions.

Note: in English casualties refers to people who died.

Thank you! The error has been corrected.

This just proves not being careful to the road situations bring about this type of accident. An image from another media outlet shows in order the bus, heavy truck, and the light truck. It can be suggested the operators of the heavy truck and light truck were not able to stop in time to prevent the collision. High speed, not maintaining safe distances from each other, and to include the lack of attention are accident causes.

Lack of common sense and logic, ability to think…plays the great role….!!!!

Last week i wrote…” Nothing will change”….Here we go again…its getting worse

The Ministry of Public Health and Social Assistance (MISPAS) notified this Saturday that on...

Dominican inflation moderates and economic growth would be among the highest in Latin America, says Central Bank

Vice-President: “Government has proposed to revitalize tourism in the Northern region”