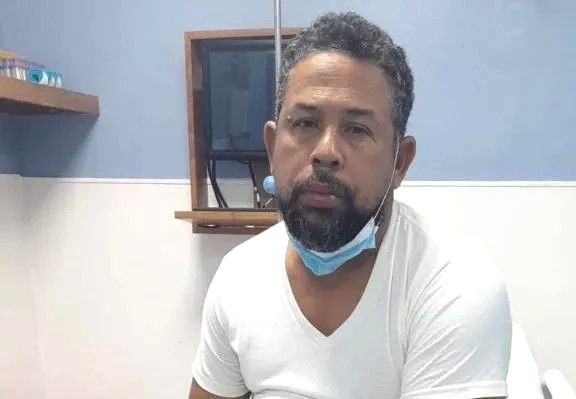 Franklin Nin Pérez, the driver of the Bávaro tragedy that has already claimed the lives of five persons, received a year in prison from the Special Traffic Peace Court of the Judicial District of La Altagracia. According to Judge Gregorio Spencer, Nin Pérez’s case has been deemed difficult, thus one year is sufficient to move forward with the legal proceedings. The driver will abide by the rule in the La Altagracia province’s Anamuya prison.

The Public Ministry claims that Nin Pérez was operating his vehicle carelessly, and recklessly while under the influence of cocaine. They also believe that he was speeding and that he failed to slow down when making a right turn, which would have resulted in the tragic collision. Juan Pablo Curiantun, 27, of Argentine descent, passed away this morning, bringing the total number of fatalities from the accident in Bávaro, La Altagracia province, to five.

His being placed in prison for a year is excessive, However, this is Dominican Law, a holdover of Napoleonic Law, allowing this to happen.

How about those behind scene…?!

Beside…1 year in pridon is a vacantions for him…mind you…he killed 5 people and wounded many under influence of cocaine. In USA or Europena union he would get about 10 years for that and another 5 for pissesion of ilegal substance. Dominicans have NO respect for life other than themselves. They are useles drivers and no GPS will help to solve this problem. No driving culture…they sound horns BUT dont brake. They think they are MACHOS. He is lucky tp get 1 year sentence only. Shame on him…there is NO excuse to kill 5 peolle and wounded many more. Again…heis lucky but SHAME ON HIM.

Note: what happened at the Special Traffic Court was that Franklin Nin Pérez was ordered detained for a year pending a trial or release.

It was an accident. This man saved many lives by not hitting the truck that crossed the road he was driving. His options were either hit the truck, smash into the gas station or make a wild turn. Sorry but this guy is only in prison because there white latinos whom died on that accident. That is an injustice against.