Migration denies buses burned in Bávaro belong to them 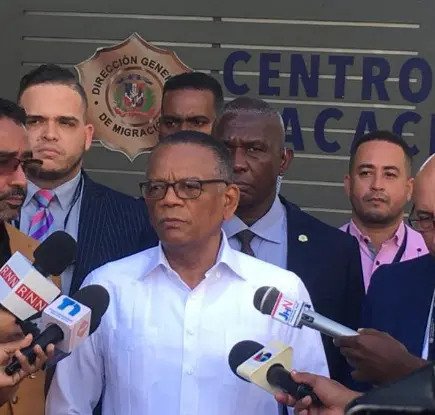 The General Directorate of Migration (DGM) has denied that several buses damaged in a fire in Bávaro-Punta Cana last week belonged to the institution, as reported on social media and in some media. “Up to now, it is widely known that the fire accidentally registered on December 28, originated in the Monumental transport company, located on Calle Prolongación Avenida Espaa, in the sector El Hoyo de Friusa, Bávaro,” the institution stated. As a result, the information circulated alongside the video attributing these buses to Migration is completely false. Migration maintained that it conducted an extensive investigation after receiving information that some media claimed the vehicles belonged to them and that the fire was started by Haitians in retaliation for the repatriations. They explained that the videos were analyzed, confirming that “the fire occurred on December 28 at the Monumental Transport company’s facilities, and the affected vehicles belong to said company.”

He attributed the false information to interested parties seeking to distort the truth about the actions that the institution has been implementing against the irregular migrant flow in the Dominican Republic, within the framework of President Luis Abinader’s effective policy. In this regard, he stated that the comments made by journalist Consuelo Despradel on a television program, in which he affirms that eleven burned buses belonging to Migration were burned by Haitians in retaliation, do not correspond to the truth. to immigration policies. He also clarified that the institution only has an interdiction unit in that area and that they are supported in daily operations by units of the National Police, the Dominican Army, and other military forces.

He also stated that at the time the information was confirmed by the Verón Punta Cana Department of Risk and Disaster Management (DGRD), no one was injured, and that Public Health units, the National Police, and the Central Directorate of Tourism Police (Politur) were present to protect the perimeter and begin investigations into the incident.

It could be the buses at certain times were rented and used by Migracion? El Hoyo de Friusa is a barrio location away from the beaches that is home for many Haitians, many of whom are employed in the construction sector and other occupations in the tourist zone.