Dominican excon has a new life with New Jersey restaurant 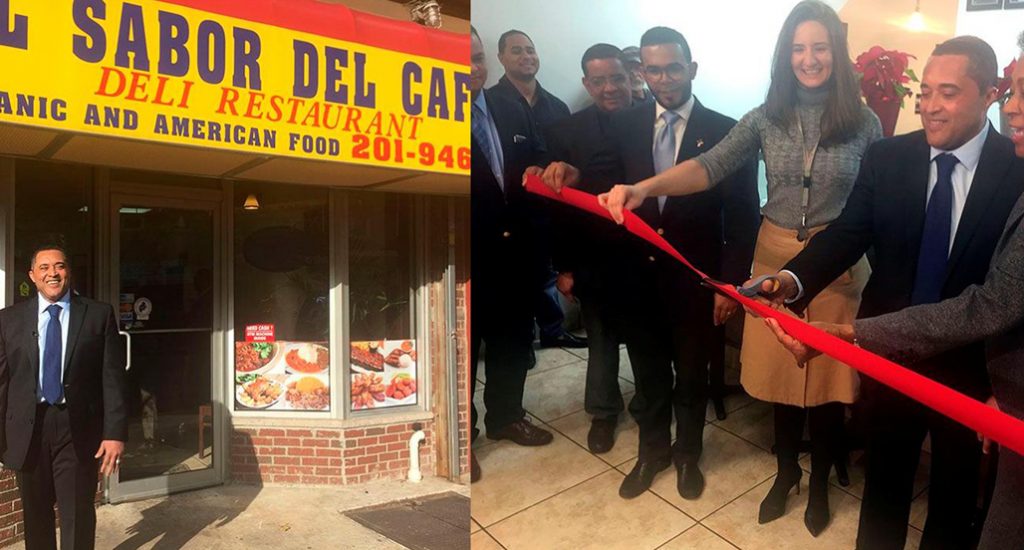 Jersey City NJ.- Cándido Ortiz smiled from ear to ear in front of his new restaurant, under a yellow and red awning that puts a bit of color on an non-descript block, between a tattoo parlor and a liquor store with bulletproof glass.

After spending 26 years in jail, Ortiz managed to straighten his life.

He was arrested in the late 1980s for selling drugs and sentenced to more than 49 years in prison. But last year President Barack Obama commuted the sentence, along with those of other inmates with long sentences for committing drug-related crimes in which there was no violence involved.

On Tuesday Ortiz, who learned haute cuisine in jail, opened with great fanfare, including the presence of several media and state Senator Sandra Cunnigham, “El Sabor del Café”, a restaurant with which he hopes to write a new chapter of his life as a free man.

“I was never a bad person,” Ortiz said. “I wanted to earn some money and I took the wrong path. Society punished me, but I don’t hold a grudge because of what happened, I was imprisoned for doing something bad. Now I’m a different person, I’ve changed.”

Ortiz, who was born in the Dominican Republic and was brought as a child to the United States, received a letter from Obama this week in which the ex-president congratulated him for “using your extraordinary talents to make a contribution to your community.”