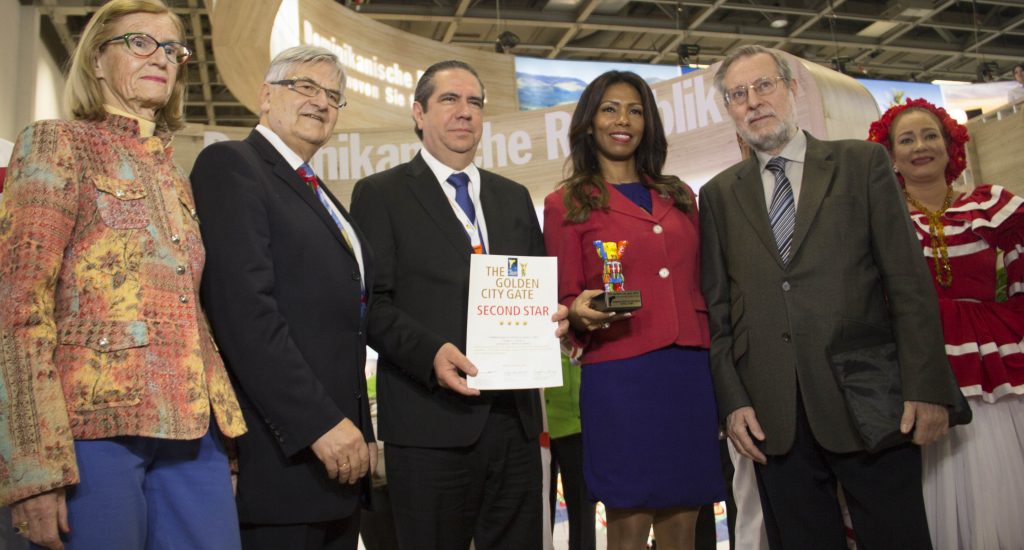 Berlin.- The of Tourism minister Francisco Javier García on Wed. received the second place prize in “The Golden City Gate 2018” for the ad campaign, “I like it.”

The event forms part of the 52nd annual International Tourism Exchange (ITB), held in Germany from March 7 to 11.

The video was selected from the 150 presented by different countries.

“Me Gusta” (I like it) is Dominican Republic’s new ad campaign for Europe, designed by Andrés Gil, CEO of Made Spain.