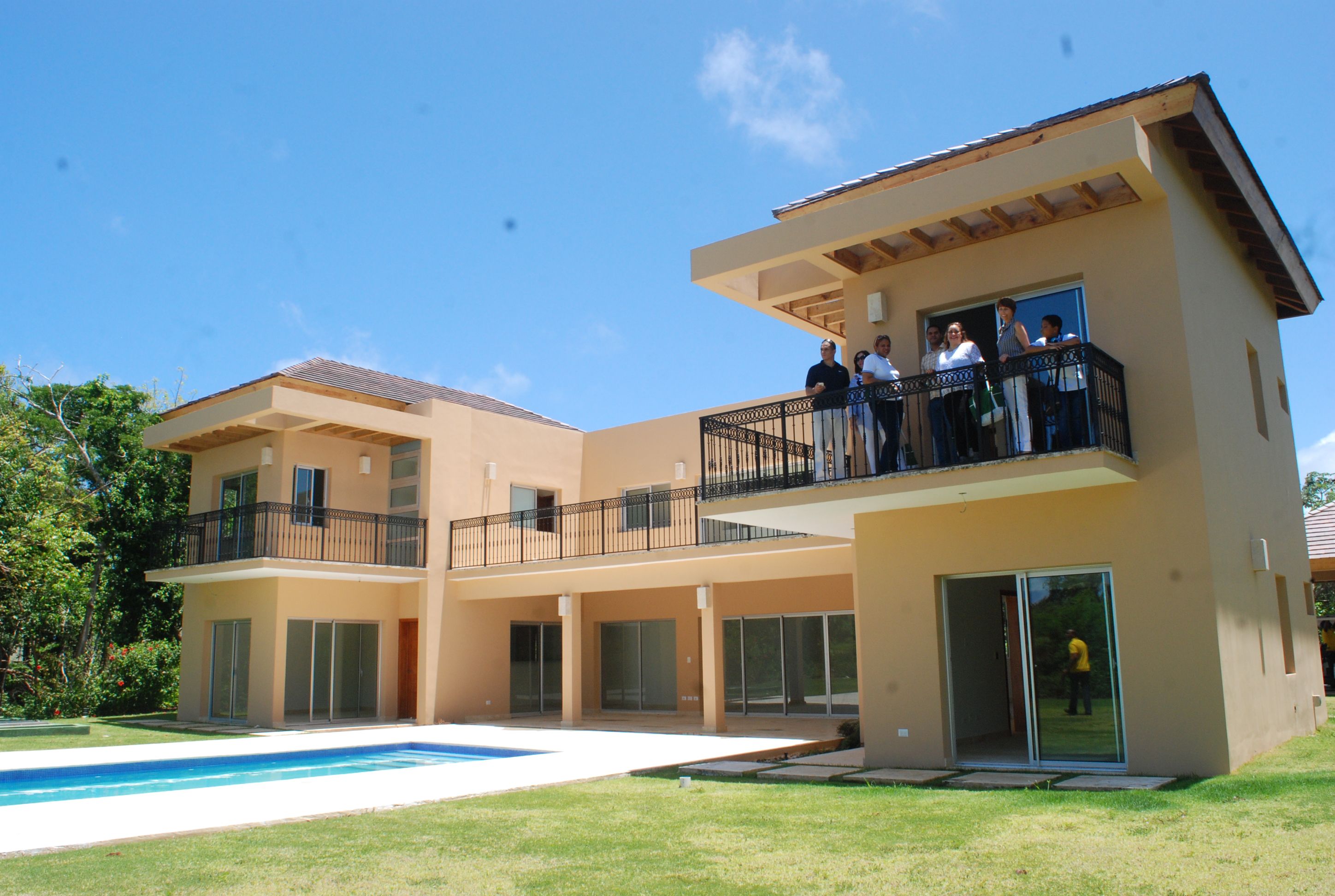 Bávaro.- During this weekend was held at the facilities of Punta Blanca Golf & Beach Club, the 1st. Real Estate Fair of this complex. This initiative, carried out by the Dominico-Catalán Group, a company of which Punta Blanca is a part, aimed to promote real estate development in the complex and encourage investment in both the construction sector and potential owners.

The opening cocktail was headed by the authorities of the Dominico-Catalan Group, Teddy García and Antonio Ramis, President and General Manager respectively, who welcomed the attendees and explained the origins of Punta Blanca and the advantages it has for its residents, both current and future, the real estate proposal offered by the complex.

Among the strategic alliances made by Punta Blanca for this fair was the participation of five of the most important banks in the Dominican Republic, such as: Scotiabank, BanReservas, Banco del Progreso, Banco BHD-León and Banco Santa Cruz, which were present during the three days of the event, offering attractive proposals to stimulate investment.

Another important aspect of the fair was the participation of numerous real estate companies in the country, among which were: www.Indominicana.com, Plusval Inmobiliaria, Remax Tropical, Puente Azul Real Estate, Remax Colonial, Blue Land Properties, Premium Real Estate and Baez Royalty, as well as independent brokers, some of whom moved from Santo Domingo, motivated by the interest in knowing about the project and integrated into the process of promoting it.

Among the options offered by the real estate project of Punta Blanca are two and three bedroom apartments, villas from 350 m2 to 445 m2, as well as lots of land for the construction of villas ranging from 800 m2 to 1800 m2. As part of the attractions that make this project an excellent option is its Beach Club, which has a beautiful pool, pavilion and direct access to the beach for the exclusive use of residents and owners of Punta Blanca Golf & Beach Club. It also has a sports area consisting of tennis court, paddle court, semi-Olympic pool, multipurpose court (basketball, futsala and volleyball) and a gym. The smallest of the family also have their special space in Punta Blanca, the beautiful Playground area with children pool.

on of 16 teams, which were competing for a lapse of five hours a very juicy pool as a prize. The winning team was “Canita” of Punta Cana Resort and Club, formed by Hiram Silfa, Marcel Olivares, Marlon Echavarria, Ignacio Pérez and Andrés Vanderhorst, with Juan Miguel Pérez as judge. The second place was occupied by “Alto Voltaje”, composed by Freddy Sierra, Saulo Mota, Raul Contreras, Manuel Quezada and Ramón Isidro Mendoza, with Freddy Rodríguez as judge. Finally, the third position was held by the “GreenCo” team, consisting of Pedro Peña, Fernando Luis Rodriguez, Luis Carlo Rodriguez, Johnny Ballista and Jose de los Santos, with Roy Galván Jr. as judge, after being victorious in the triple tie against the Olivo’s Team and Los Chupacabras teams.