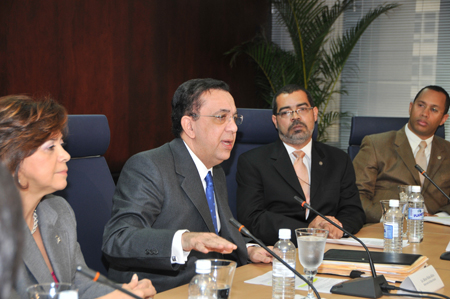 Santo Domingo.- The international publication Capital Finance International (CFI) has recognized Dominican Republic’s Central Bank (BCRD) as the regulator that has performed the best corporate governance during 2018 in Central America and the Caribbean,.

The recognition responds to the independent execution of its macroeconomic policy, which has been decisive for the country’s growth in recent years, which averaged 6.3% from 2013 to 2018.

“I receive it with pride on behalf of the Monetary Board, as the governing body of the BCRD, at a time when our country is considered by the IMF and the World Bank as a star destination for investment in the area, given the strength of our economy and its growth, which should make all Dominicans feel proud,” said Hector Valdez Albizu in a statement.

The jury evaluating the global kudos awarded by CFI stressed that since 2012 the BCRD operates under an inflation targeting scheme “that has allowed reducing the level and volatility of inflation in the Dominican Republic, helping to anchor expectations of economic agents around the objective of inflation, thus resulting in greater credibility of monetary policy.”