India is the main buyer of DR minerals 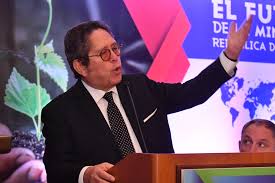 The president of the Round Table of the Commonwealth Countries in the Dominican Republic, revealed that exports from the mining sector amounted to 1.7 billion dollars in 2018, reflecting an increase of 43% between 2010 and 2018, being the main Destinations in India, with USD $ 663 million and Canada, with USD $ 584 million.

Fernando González Nicolás when speaking at the opening of the II annual seminar “Potential offered by the 53 countries of the Commonwealth to the Dominican Republic,” held at the Sheraton hotel, which also began with the interventions Miguel Vargas, Minister of Foreign Affairs; Madhu Sethi, Ambassador of India and Elizabeth Venn, Charge d’Affaires of Great Britain.

They also exhibited the commercial aggregates Waleska Rivera of Canada and Gerson Pérez of Great Britain; Mohd Nadzri Saadon, director for the Caribbean of the International Trade Development Corporation of Malaysia (Matrade), as well as consuls and representatives of official and private entities.

González Nicolás said that at present the countries of the Commonwealth are, in addition to mining exports, those who lead the investors in a responsible way and supporting the promotion of sustainable business investment,” said the president of the Commonwealth Bureau.

He said that “with the bill that is being studied in the National Congress, experts should be listened to and felt by investors to ensure that it becomes a legal framework that makes the country competitive internationally and can attract resources than mining that needs the development of the Dominican Republic.”

The objective of this seminar was to identify new export markets, sources of investment and financing in the countries that make up the Commonwealth and learn about business opportunities first.