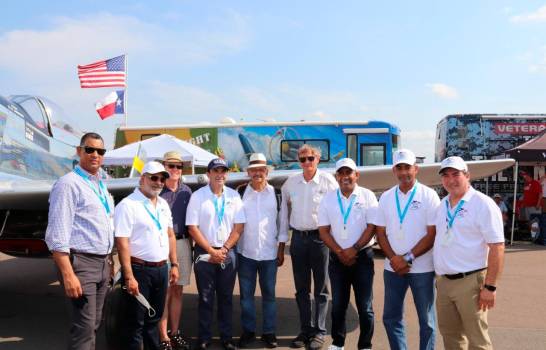 The Dominican Republic achieved outstanding participation in the 2021 edition of the “SUN ‘n FUN Aerospace Expo” in Lakeland, Florida, United States, where it was awarded as the best “stand” of the activity, which brought together around five thousand aircraft and more than 300,000 people among the public, representatives of world aviation and the specialized press.

The Dominican delegation made up of representatives of the official aeronautical sector, concessioned airports, and private flying clubs, focused on promoting the country as an ideal destination for aviation tourism, emphasizing its airport infrastructure strategically distributed throughout the national territory and in the hotel offer of the leading tourist destination in the Caribbean.

The Dominican pavilion, which won first place at the fair, was located in hangar D of the Lakeland air terminal and projected on a large screen the country’s airports and the attractions and facilities offered by the Government of President Luis Abinader to attract the visit of thousands of private tourism planes that travel through the Caribbean area from the United States, Canada, and Puerto Rico.

At the SUN ‘n FUN Aerospace Expo, held from April 13 to 18, the Dominican delegation attracted the attention of specialists and a large segment of the public interested in the attractions that the country offers as a tourist destination and because of its strategic position in the American continent.

The information on the presence of the country in the activity was offered by Héctor Porcella, deputy director of the Dominican Institute of Civil Aviation (IDAC), who led the delegation on behalf of the general director, Román Caamaño, together with the prominent executives of the State institutions linked to the aeronautical sector.

Porcella said that the aeronautical and tourism sectors are making preparations to attend the largest aviation fair in the United States, Air Venture 2021, to be held in Oshkosh, Wisconsin, next July 10,000 planes are expected, and close to a million participants and specialized media in aeronautical and tourist affairs from all over the world.