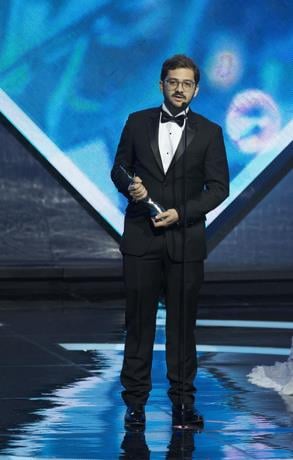 The presence of two films from the Dominican Republic among the public’s favorites confirms the good moment that the cinematography of that Caribbean nation is experiencing.

The Dominican feature film “Perejil” by José María Cabral won the first audience award for best film at the Miami Film Festival. At the same time, the Spanish “Mediterráneo,” by Marcel Barrena, came in second place; it was announced on Monday, the organization of the event.

The vote of the spectators of the 39th edition of this festival organized by the Miami Dade College (MDC), which concluded on Sunday, placed the also Dominican “Dossier de Ausencias,” a film by director Rolando Díaz, in third place.

The presence of two films from the Dominican Republic among the favorites of the public confirms the good moment that the cinematography of that Caribbean nation is experiencing, to which the festival dedicated this year the “Dominican Quintet” section.

Cabral pointed out a few days ago in an interview with Efe that the current “boom” of national and international cinema being shot in his country has its origin in a 2010 film law to stimulate audiovisual production, and that has allowed the jump of an average of two feature films a year to almost twenty that are shot today.

In the documentary category, the festival’s audience opted for, in this order: “South Beach Shark Club: Legends and Lore of the South Florida Shark Hunters,” by Miami director Robert Requejo Ramos; “Strangers to Peace,” by Laura Rengifo and Noah DeBonis; and “Keep the Cameras Rolling: The Pedro Zamora Way,” by William T. Horner and Stacey Woelfel.

Added to this group of films, some of which have had their world premiere at the Miami festival is “Cariño,” a romantic comedy by Mexican director Fernanda Lamuño, which won the first audience award for best short film, as it was announced on Saturday night during the award ceremony.

This year’s edition of this cinephile event crowned “Freda,” the feature debut by Haitian Géssica Généus, with the main prize, the Knight Marimbas award, for its “strong narrative centered on women” supported by “exceptional performances by emerging players,” as the jury pointed out.

“Carajita,” by Argentinians Silvina Schnicer and Ulises Porra Guardiola, won the HBO Award for Ibero-American Feature Film, while the documentary-like family drama “You Resemble Me,” by director and journalist Dina Amer, won the award to the feature debut Jordan Ressler.

Hatzín Navarrete, star of the film “The Box,” and Mari Oliveira, from “Medusa,” both in competition, won the prizes for best actor and actress, respectively, for their “magnetic performances,” highlighted the jury.

The Spanish Penélope Cruz received the Precious Gem Icon award, in recognition of her entire career. In a message recorded and projected at the ceremony, the actress shared the award with her compatriot Pedro Almodóvar, for whose feature film “Madres paralleles” the interpreter has been nominated for an Oscar for best actress.

Between March 4 and 13, more than 120 feature films, short films and documentaries from 35 countries were part of this year’s festival program, in which Spanish-language cinema from both sides of the Atlantic has had a significant share.

The Spanish “El Buen Patron,” by Fernando León de Aranoa, and the Panamanian “Plaza Catedral,” by Abner Benaim, officially opened and closed this year’s edition, respectively in both cases with the presence of their directors.

This anti-Dominican, Jose Maria Cabral, is not welcome in DR. Distorting history to persuade Dominican to accept the millions of illegal coming from the neighboring country and to accept the 31,000 foreign births in DR is a crime against the survival of DR.
And then this, anti-Dominican, defames DR in the US so that the anti-Dominican forces in the US can intensify their attacks on DR.
1937 was the only time in Dominican history where Dominican lands were returned to DR from the gripping claws of the neighboring country and it avenged the killing of thousands by Dessaline/Christophe against STO DGO in 1805.
1937 should be seen as a great moment and celebrated in Dominican history! Between 1809 and 1924, the neighboring country illegally took Dominican land (Guava valley, La Miel valley, Mateo’s ranch, etc.) and then they proceeded to illegally populate Dajabon and Independencia under the American administration of the island. 1937 was the only time that Dajabon and Independencia were returned to DR, 1937 was the only time the border was absolutely marked, defended and set!
Without that, the neighboring country will have continue to steal more Dominican land and now they are taking the whole island by using emigration as a weapon by having an intentional and explosive demographic explosion to saturate the island with their people!
Jose Maria Cabral do not run into me!

Trujillo felt the undefined border region between the RD and Haiti was his Achilles’ heel. He perceived the mixing of populations along it was a threat to him and his power. He did not want the Haitians to foul Dominican society.  It is not lost to many of us; this was during the same era growing as Hitler’s “Final Solution”.

Trujillo’s ordering the killing of the innocent Haitians to cement his power and authority is criminal, not unlike Putin’s acts in the Ukraine.

Many people always remember the time of French Haitian abuse of Dominicans from the early 1800’s to 1844 when the Dominicans gained independence to show their disgust of Haitians. Yet, many people do not want to remember it was Haitian assistance and mediation that gained the RD its true independence, “The Restoration”, from Spain in 1865.

The movie “Perejil” is a window to the suffering of innocents because of the criminal behaviors of despots.