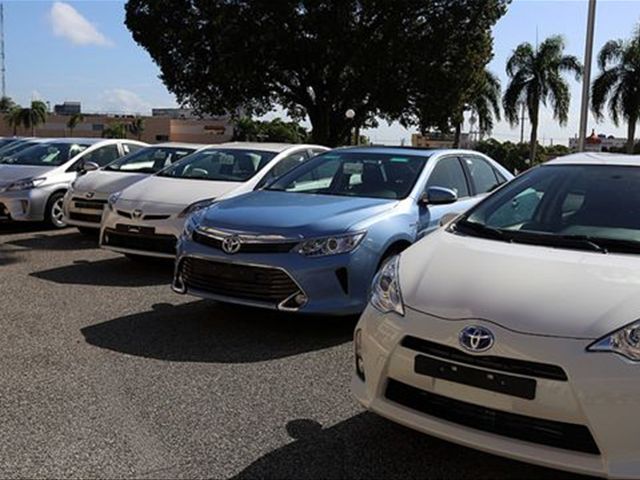 Santo Domingo.- President Danilo Medina headed the ceremony Friday to receive 129 hybrid vehicles donated by the Government of Japan, to be used by some 20 agencies.

Japan Ambassador Takashi Fuchigami delivered the Toyota cars in three versions, worth a total of around US$5.0 million.

The vehicles received at the front of the National Palace will be used by the ministries of the Economy, Public Health, Agriculture, Tourism and the Environment, among other agencies.

Japan’s envoy said the donation is the first activity to mark the Year of Friendship Japan-Sica (Central American Integration System) and lauded the 80 years of Japan-Dominican Republic ties.