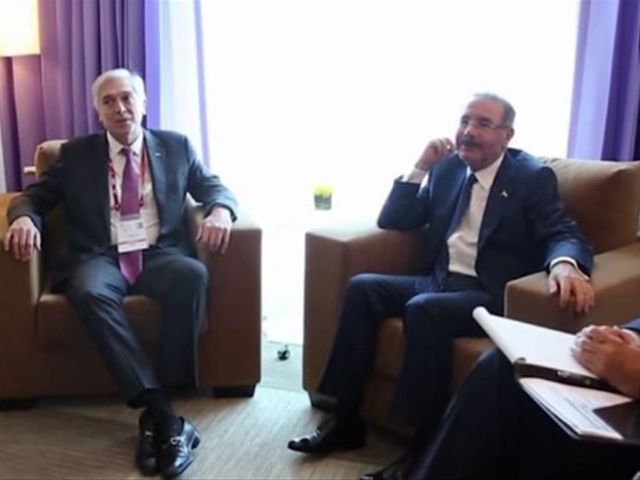 Panama City.- As part of president Danilo Medina’s intense agenda during the Summit of the Americas in Panama’s capital, the chief executive met with Andres R. Gluski, president and CEO of AES Corp. to discuss the energy group’s plans in the Dominican Republic.

Medina and Gluski discussed the power company AES Dominicana’s operations in Dominican Republic as well as its expansion plans, with several energy projects to be built at a cost of around US$125.0 million.

A statement the Presidency says among AES’ plans figure the expansion of the terminal at Andres, Boca Chica to export liquefied natural gas and a pipeline to gasify 1,000 megawatts of power, to be likely ready no later than the third quarter of 2016, “resulting in significant savings for the country, depending on the cost of diesel or gas at the time.”

"We have made major investments in Dominican Republic and have changed the matrix, with which we’ve saved US$500 million on the cost of fuel imports," Gluski said, interviewed by Dominican media after the meeting.

Medina and Gluski first met in December 2012, then again in Dominican Republic on October, 2014, and in New York in September that same year.