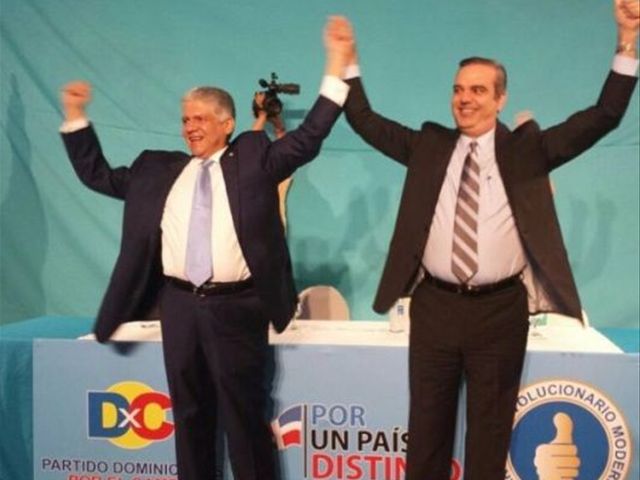 Santo Domingo.- The AmericanChamber of Commerce of the Dominican Republic (AMCHAMDR) on Monday said it willorganize in March the traditional luncheon with the presidential candidates inthe May 15 elections.

It said opposition PRM partypresidential candidate Luis Abinader will be the guest speaker on March 16;while the candidate of the ruling party (PLD), president Danilo Medina, will beon 30 March.

It said the two candidateswill have the opportunity to present their government’s platforms for the 2016-2020term.

The businessorganization said once the candidates conclude their speech, AMCHAMDR will askthem three questions regarding their institutional priorities, and will also bequestions from the audience.

"The AmericanChamber of Commerce of the Dominican Republic reaffirms its commitment as aninstitution with the completion of the cycle of meetings with presidentialcandidates of the major political parties. This is an opportunity to hear the futurepresident’s plans on issues that directly affect the development of our nation,"the entity said in a statement.