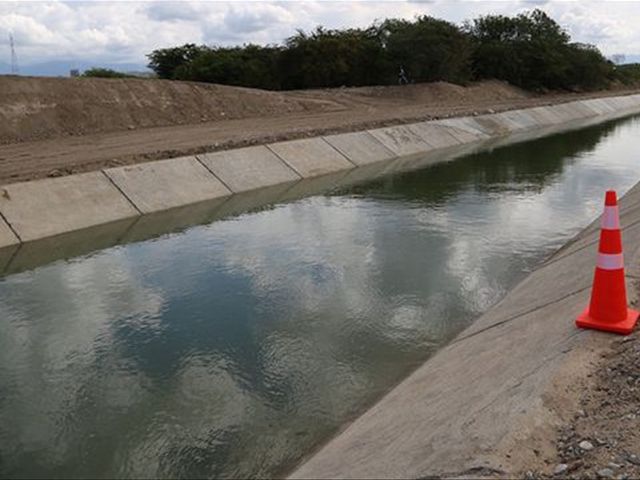 Among the project’s objectives figure the localized repairof the main Ysura canal, the replacement of flood gates, the construction of a 200,000cubic meter settling pond to control suspended solids to improve irrigationwater, prevent abrasion in pipes, and also the obstruction of pressurizedirrigation networks.

The project also boasts 15 regulatory lagoons, which can store805,100 cubic meters and repairs on 58 kilometers of canals adjacent to the Ysurairrigation system.

During the ceremony, dams and canals agency (INDRH) directorOlgo Fernandez said the work cost RD$687.6 million (US$15.3 million), with aworkforce of 300 people.

He said the first stage includes the dam and the reservoirat El Carrizal, a lagoon which can store 124,000 cubic meters of water.

He said the system will also recover and expand the irrigationand drainage at Pueblo Viejo, to help reduce salt intrusion.