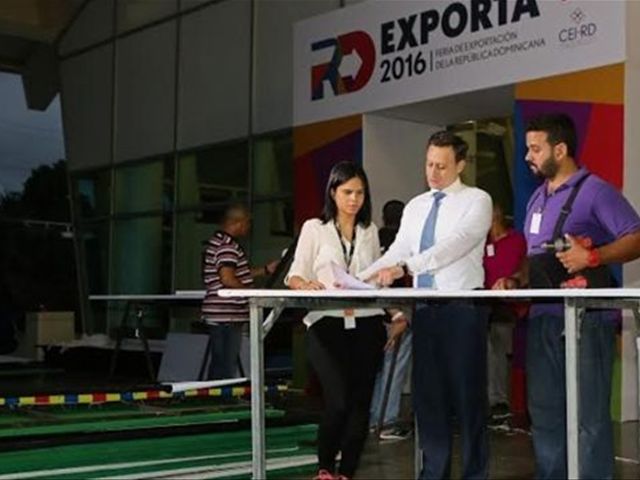 He said the event will start Monday June 27 at Sans Souci Port,where president Danilo Medina will head the opening ceremony.

In a visit to San Souci, the official inspected the work bycompanies, organizations and business groups who will take part in theimportant exhibition.

He said more than 500 representatives from major internationalcompanies from nearly 50 countries, and around 500 local stakeholders and buyerswill attend RDEXPORTA from June 28 to 29. “Interesting proposals and exportopportunities will revealed to the national economic sectors linked toagribusiness, construction, manufacturing and industry, health and beauty, technologyand cultural assets.”

Rodriguez said the fair features a vast supportinfrastructure, gathering more than 250 exhibits and stands by DominicanRepublic’s major companies and producers.

He asked Dominicans to visit the fair which opens at 9am,and participate in the conferences and workshops on export, free of charge. "Partof this event’s success is to create an export culture, so the CEI-RD invitedthe country in general to attend RDEXPORTA, so they can have firsthandinformation on everything that occurs for our productive and export sector, andencourage them to export."